What blood and denim can teach us about interrogating a brief

What blood and denim can teach us about interrogating a brief

My name is Helen McLane and I’m a client strategy director here at RocketMill. Today I want to talk to you about one of the most important steps you need to take when designing a successful strategy, taking the time to step back and really identify what your problem is that you need to solve. All too often as marketers, we assume that we know what the problem is. That’s it simply a matter of brand awareness, a problem with our targeting or worse still, we jump straight to tactics and get excited to try new and exciting innovations.

Today I want to share with you two stories. One about blood and one about denim and a simple framework of four key questions you can use to answer any brief, to fully identify what the problem is that you’re trying to solve so you can design a simple strategy that meets that.

The first example I want to talk to you about is revolutionizing maternity care in Rwanda. Every year, thousands of women die across sub-Saharan Africa from postpartum haemorrhaging. This number can be greatly reduced if they were given a blood transfusion. But running a successful blood donor program is challenging in any country. Because it’s very hard to predict the demand for blood, and because blood only has a shelf life of 42 days, you need a blood donor program up at the front end constantly feeding the supply of blood into your program. Also, there are screening and storage requirements that your blood needs to be stored at -2 degrees centigrade, and then it has to be distributed via an effective network in order to make sure that you’ve got the blood that you need at the point of care to deliver the transfusion.

When we think about Rwanda, it’s not that Rwanda’s a big country. In fact, it’s a quite small country. It’s about a sixth the size of the U.K. but it is known as the land of 1,000 hills. What that means in this context is that there are loads of remote villages up in the hills that are inaccessible to vehicles. And to add to that, the fact that during the rainy season, for example, these rural communities can actually be shut off for weeks or months on end without anybody being able to get in or out by vehicle access.

If we think about this problem I’ve just described to you, and let’s take a step back and think about what the brief might be in this situation. This is the framework. I’m going to take you through now the framework that I mentioned. It’s four key questions that we can ask ourselves.

The first one is metrics. This is any sort of data point or insight that you can feed in, that gives context around your brief. In this example I’ve already mentioned, 150 women per 100,000 births die in sub-Saharan Africa every year. That is in comparison to 0.04 women in 100,000 in the U.K., so that tells you just how bad that problem is. As I mentioned, blood only has a shelf life of 42 days and it needs to be stored at -2 degrees centigrade.

The second question you need to ask is who is our audience? The audience in this instance is mothers who are dying from postpartum haemorrhaging because they don’t get a blood transfusion in time.

What would success look like? If we were to solve this problem, what would it look like? That would be women getting the blood they need when they need it.

What is the problem?

Finally, probably the most important question that you need to ask yourself is what is the problem, really? As I mentioned at the beginning, we’re often too quick to assume what the problem is. If you go back to this example of how a blood donor program would work, it might be easy to assume that what you need to do is to literally push more blood in at the front end of this diagram, because if you’ve got more supply going through, then you’ll end up with more supply at the end. But in fact, what they realized, that the problem is here, it’s in the distribution network. That makes our problem distribution at the point of need, and that’s the problem that we need to solve. Do you want to see how they did it? In 2017, Rwanda, the Rwandan government in conjunction with a company called Zipline launched the world’s first automated drone blood delivery service. Do you want to see it in action?

What I really love about this example is that it’s a really fantastic use of technology to answer a real human problem, and literally, as the guy said there at the end, it’s starting to save hundreds of lives. Now, you may be thinking, “Okay, that’s great, but how does that relate to me as a marketer?”

The next example I want to share with you is an example a bit closer to home in terms of the kinds of briefs that we’ll be working on. This one is all about making an American brand a rebel again. So, does anyone know who this is?

It’s Levi Strauss, and Sam is modelling a lovely pair of their very famous 502 jeans today.

Back in the 1870s, Levi Strauss designed the first pair of denim jeans, and over the next 100 years or so jeans went from being working clothes to symbols of disobedience and outsider culture, so think James Dean and Rebel Without A Cause, to becoming mainstream fashion. By the 1980s, the iconic 501 jeans were being sold worldwide in the millions. But by the 1990s something changed. What they found was actually, they started this huge drop in sales, and actually, this was put down to what became known as the Jeremy Clarkson effect. What that meant was that Jeremy Clarkson started wearing 501 jeans, and even worse, so did the then Prime Minister, Tony Blair. If you think about it, if you’re a 16 to 24-year-old, which was a lot of their market share, the last thing you wanted to be caught dead in was a pair of jeans that either Jeremy Clarkson or the prime minister was wearing, so they had a real issue on their hands. They lost their edge with the youth market.

If we do a similar exercise to the one we did with the drones, and we break down what that brief would look like. We start with metrics, there was a 23% drop in U.K. sales and an overall category decline of 15%. It was particularly the market share in the 15 to 24-year-olds that was dropping, and that was because of the rise of things like cargo pants and combat trousers, but also lots of challenger brands joining the market, so people like Diesel and Gap producing their own jeans. In terms of the audience, that’s the 15 to 24-year-olds who I mentioned who would not be seen dead in a pair of jeans that Jeremy or Tony was wearing.

What would success look like? An increase in sales obviously in that youth market that was so key for them, but also to reestablish the category and reestablish Levi’s position, which had always been very strong up until this point. What is the problem really? Again, it’s all about making sure that you’ve really started to think that through, because it would have been easy to probably think what we need is an advertising campaign that focuses on making Levis cool again, right? But they already had a lot of that, so if you remember the Neal Kamen, those of you who are old enough, remember the Neal Kamen launderette ad, and Brad Pitt with his camera in his desert, doing his thing. They already had some amazing ad campaigns, and that’s what they were known for.

What they realized is that wasn’t going to cut it, so they had to think of a different solution. What they did was they came up with a new product. The Levis engineered jeans. These were ergonomically designed jeans to fit the cut of the human body. They literally twisted the seams, and they were polarizing. Some people loved them, some people hated them, but that was the point. The antithesis of the straight cut, square pocketed 501 jeans they’d always been known for. They were a massive hit with the youth market. In year one they sold three million pairs and ten years later more than 20 million. Then off the back of that, what they did was they created this new brand identity that you can see here and then they created an award-winning ad.

In terms of key takeaways, what I love about both of these examples is that in both cases it wasn’t a marketing problem, it was actually a business problem, so I would encourage you always to take a step back and think whether it is just marketing, whether it is something that you can solve with traditional marketing or whether you need to take a step back and think of it in the wider context. Similarly, they were both a type of product problem. With Levis, it was about a new product, and with the blood donor example that we saw, it was a distribution problem.

And then the final thing I would ask you to do is to think about these four key questions: metrics, audience, success, and what is the problem, really as a starting point for any brief because I think that will help you build a much more robust strategy off the back of it. Thank you. 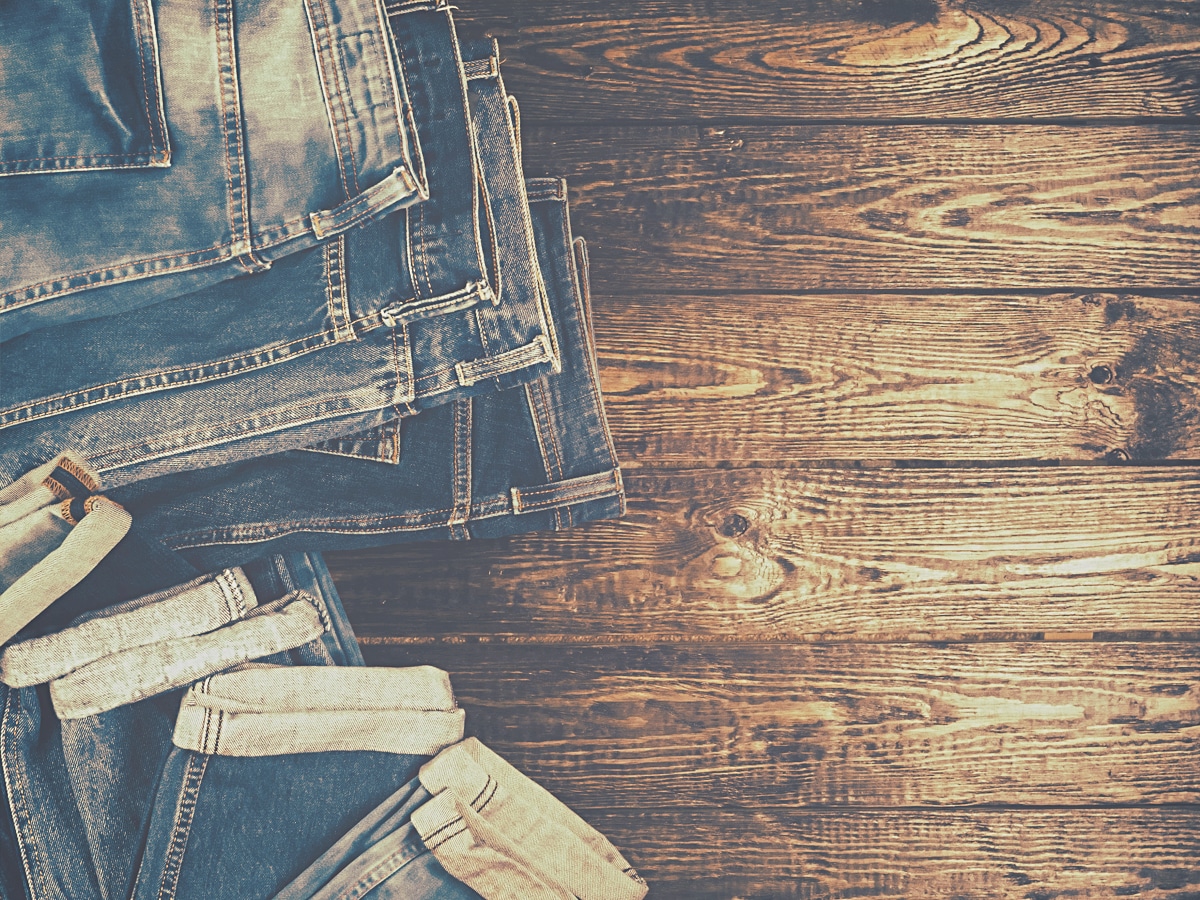