It’s January, which means Happy New Year, first of all, everyone. It also means that everyone is coming out with their predictions for 2017. It’s a minefield out there. I’ve decided to make it easy for you. I’ve come up with my top five of the predictions that are out there for 2017. Which is what I’m going to go through today.

The first thing that I wanted to share with you – which is quite interesting – is what do marketers think they’re going to be spending their money on over 2017? Smart Insights did a global marketing audience survey. They said to them: “If you could put your money into one channel in 2017 for the biggest impact, what would that give you? And what would you put it in?” There’s the results.

So, content marketing and big data – I expect to see some smiles from Rhys and Ro, in the crowd – they are going to be the big hitters this year. We’ve also got marketing automation, mobile, social. What you can see there, which I think is the most interesting, is there’s a real shift towards new marketing channels in there. Some of the old ones, they are becoming much more as the standardised way that people are kind of working. It’s an interesting thing to start on.

What are the top five that I’ve got for you?

The number one is digital transformation. I think this underpins what’s going to happen with most brands this year. Gone are the days when there’s just one digital team and they knew about digital and we would work with them as an agency and we’d have a small team that we’re working with. Companies are getting wise to the fact that everyone in the industry needs to know about digital, and how they can actually  use the channel to get the most advantage. We’re going to be starting to work with a lot more people within companies. People are going to start really trying to understand digital, which is going to unlock opportunity for them to be able to start looking at more exciting opportunities. We’re going to be able to start unlocking more budgets. People are going to start getting really excited about new media that’s coming through.

What does this mean for us in terms of immediately? I think there’s going to be a lot of education that happens in 2017. I think that were going to be working a lot with clients to help train and really inform, and educate, and inspire the rest of the people in the business outside of the digital team.

Number two: big data. I know that big data has been around for years. I know it’s been a buzzword for years. The key thing here is “for everyone”. What happened before is that big data was a techie word. It was only accessible if you knew what you were doing on the technical side. What’s happened now is, because there are so many tools on the market, and they have become a lot cheaper for companies to use, big data is now accessible for anyone. What does this actually mean in practise?

First of all, data visualisation. Creativity and content, this is a key theme for 2017. We know that content marketing has gone away from just writing things on the web. We know that we’re actually looking for new ways to entice people. This is going to be quite a key part of that. Just think about how many brands out there have so much information and data now, through the big data they’ve been doing for years, and if they can visualise that and put it into dynamic content online, imagine how many more new customers they’re going to be able to entice in. That’s going to be a key thing to look out for this year.

Web personalization. What we’ve been talking about over the last few years, is how to talk to communities. What we’re going to move into this year is how to talk to the person. There’s enough big data and we can actually manipulate that data to be able to say to someone: “I know who you are and I know what you want to buy, and I’m going to make it really easy for you.” It’s not about demographics, it’s actually about who is that person within those demographics? I think it’s going to be key buzzword for this year. You can see up there, 94% of executives believe delivering personalised content is critical for 2017.

Live video streaming. So this one, we’ve obviously in October I think it was last year, Instagram came out with live streaming as part of of their stories. Very exciting new time for that. Facebook has obviously been live streaming for quite a while, but they brought out 360. I think that was the first 360 live broadcast where it was on the Mars Orbiter. Loads of people interacted with this. What it does, is it really drives that FOMO phenomenon that people have been going for for the last few years. People really do want to interact, keep in touch and they want to find out what happens in that live broadcast.

The changes to advertising

What does this mean for advertising? Well, we’ve been able to tell from stats over the last year that people will stay on live videos much more than they will stay on video on demand. That means that you haven’t got people clicking off. Average time for video on mobile is 2.8 minutes for video on demand, but 3.5 live streams. 80% would rather watch live video from brand rather than read a blog. Live video is outpacing the growth of other types of online video with 113% increase in growth yearly. These are huge. This means from an advertising point of view, if we start getting into that space we can make a massive return for customers.

What we’ve had before is virtual reality has been use in conferences, people have expected it to be a real techie thing. Actually, what I think big brands are going to start doing is, is starting to use virtual reality within stores to start selling products. The technology is already out there and brands are really sponsoring this to actually happen in 2017.

Making the most of these predictions

What does that mean in practise for us? I know that virtual reality might seem like it’s a little bit further than actually our campaigns go, but actually is it really? I’m actually quite excited about the fact that when I’m working with other agencies with companies in the future, there could be a virtual reality agency that I’m working with and I’m starting to think about how our campaigns can work together. How can we drive people to those virtual reality world? How can we get into those worlds and start advertising within that space?

This might seem like a shameless plug, just to put my holiday in Belize up onto the thing. It’s not. This is another example I think is important. Think about virtual reality. I’ve got two examples. One is if you’re in, for example, John Lewis or House of Fraser, and you want to start decorating your home, etc. Imagine if you could just go to the virtual reality part of the store and start thinking: “How would that actually look at my home?” and start purchasing online. Then on the other one, on travel. Imagine if you could just go into a travel shop or you can go to some sort of VR centre. Instead of actually just looking at this online and looking at pictures, you’d be able to actually  immerse yourself in the world. Imagine how quickly you would buy that ticket. I would buy pretty quickly.

Just to sum up. What does 2017 mean? I think it’s all about connections for this year. First of all, we’ve got an unlocking through digital transformation. Which means that everyone starts understanding about digital. People really start seeing opportunities, and there’s no blockers in terms of starting to think about channels. We’ve then got big data. Which gives us creativity. It gives us more content. We’ve got marketing automation. Which unlocks efficiency, which unlocks resources. Then we’ve got something really exciting with new tech, with live video. We’ve got VR, which means we can really start pushing into those channels. My final pointer is, it’s a very exciting year. We should be excited, and we need to start working in these different ways. That’s it. Thank you. 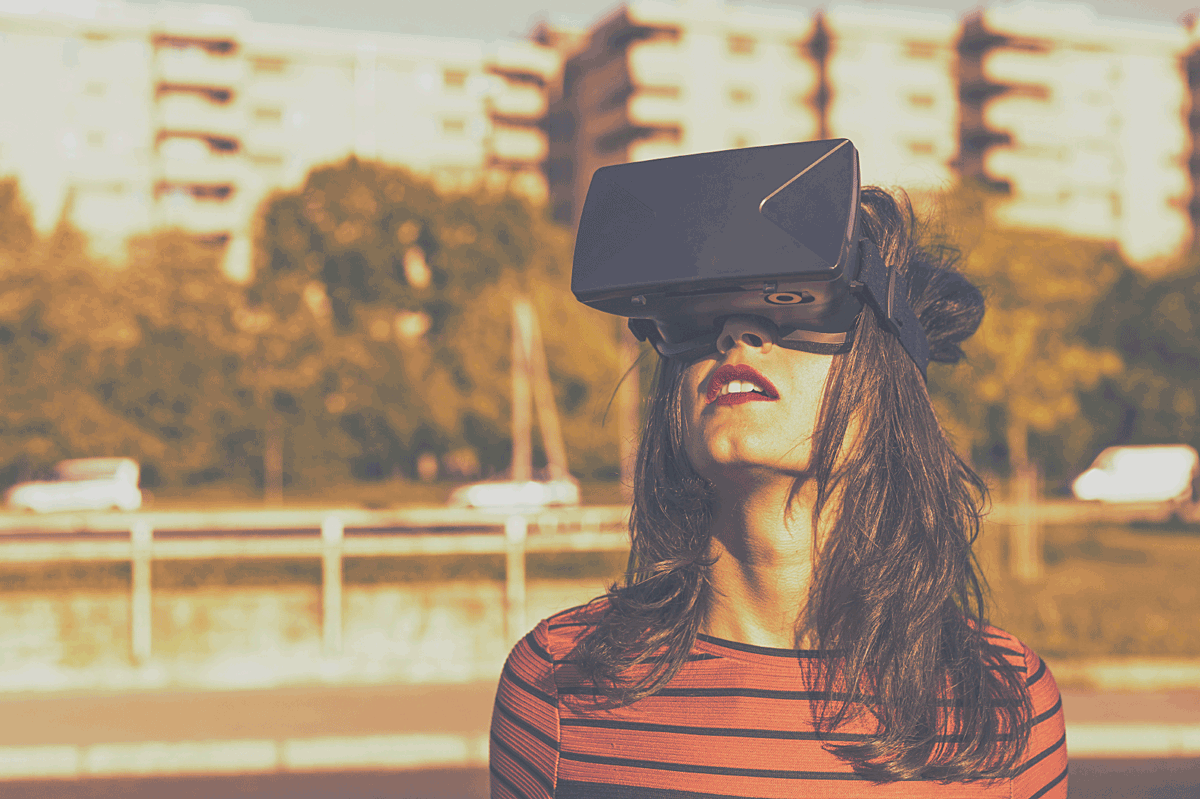