The importance of showing your audience respect (just a little bit)

The importance of showing your audience respect (just a little bit)

So today I wanted to speak to you about why we need to show audiences respect – just a little bit. Because I’m going to tell this story through the medium of the wonderful Aretha Franklin. Any Aretha Franklin fans here? There you go, I thought Travis would be.

R-E-S-P-E-C-T, what comes first? It’s responsibility. Just to take an exciting topic and just really bring it down a notch. This here is the Gilbert Scott restaurant in the St. Pancras Hotel in London and it’s one of the best restaurants I’ve ever been to. The thing that makes it so great is as soon as you get in there you’re, like, ensconced by these staff and they wait on you hand and foot and they do whatever you want and you have a legitimate French sommelier who can walk you through the entire wine list if you want and they can tell you where the beef comes from and they’ll make sure you have a comfy seat and the piano might be a little loud so they’ll tell them to shut up if you need them to.

Incidentally, when I ate here for my birthday last year I stuck to my rule of always ordering the second cheapest wine on the menu and it was £110 for a bottle, so you’ve been warned. The people here know that they have a responsibility to look after people who come into their restaurant because they’re their patrons, they want to look after them. And I think the same is true online. People that are coming to our websites and our clients’ websites, we have a responsibility to show them a good time. We might not be giving them a hundred-and-ten quid bottle of wine, but I think the transaction there is the same. Let me give you a couple of examples of how we kind of abdicate that responsibility for looking after our audiences.

If I were to go onto Google and I’m thinking about getting a new phone, so I said, I wonder when the iPhone 8 is released. I go through to the results page. There’s all these websites telling me that they have the iPhone 8, they have the release date, they have the price, they have the specs. None of them do because that stuff hasn’t been announced yet and nobody knows it. So to go back to the Gilbert Scott analogy, if I was walking past and I saw they have a lovely duck à l’orange on the menu outside and then I walked in and said: “I’d really like to try your duck à l’orange please”, and they were like, “What we have is actually like a cheese toastie” I would probably leave. If you go to these websites expecting to find that information, you’re not going to find it and you’ll probably leave. I think that’s a really good example of how we can kind of abandon our responsibility towards the people that are giving us their time.

Another great example would be just basically plastering ads all over your website. So here’s a nice example from our venerable local newspaper in Brighton. Can anybody spot the editorial content in here? No, that’s because there isn’t any. So, somebody at some point when they were designing a webpage thought: “You know what this needs? More ads, More ads, why not only ads?”

Again, to take that back to my restaurant analogy, if you’d gone in and they just started handing you pamphlets for car insurance, have a new mobile phone, all that sort of stuff, you’d probably leave. That is what I did after taking the screenshot of this website. Those are some examples of people come to us, they come to the websites we look after, expecting certain things and it’s our responsibility to deliver them those things.

Another great example of kind of wrong-headed engagement is these new click-to-read full articles on mobiles and if you notice them, I think this is TechCrunch – they have it, I think the New York Times is doing them, Huffington Post as well. That is a completely pointless engagement because what you expect to happen is you scroll down and you continue reading the article, but they give you this pointless button to push to continue reading the article. I think this kind of engagement online is a really textbook case of something called Goodhart’s Law, which states that as soon as a metric becomes a target, it ceases to be a good metric. You can definitely see how this kind of stuff came about because back when digital publishing was in its infancy, people were commenting on articles and they were sharing them on their social networks and they were emailing journalists and editors were saying: “We’re getting all this engagement online. This is amazing!”

So then they started measuring it and they started benchmarking people on it so people logically started thinking, how can we make more of this? And they just created all these fairly phoney engagement metrics and now we’re stuck with them. Click, click, click, next photo, next ad, next ad. There’s definitely good engagement, I would say this is not it.

I think this is basically, this kind of behaviour is quite insulting to readers I think because you’re basically – you’re not even doing any of the work. You’re waiting until something gets popular elsewhere and you’re saying: “there’s a popular thing over here, but actually what we prefer is that you view it over here so that we can sell you to our advertisers.” I think the honourable thing to do would be to say: “look at this interesting thing over here.” But they don’t do that, they say, “Come over here”, and then they have a bun fight for ad revenue. So I think that’s another way that we kind of show a lack of respect for our readers. We don’t cite the original sources, we take things and we bundle them up in our own publisher environments.

Next letter, E? Experience. So this is where it starts to get quite esoteric. All of those things together, they create, I think we would all agree, a bad experience. This has led to things like, as Justin touched on, the really meteoric rise of ad blockers. I think ads are actually the problem here. All of those things are based on the need for these publishers to generate more ad revenue. Every time you click a “next” button on a slide show, the ads reload, you’ve got another impression. The “click more to read” buttons on mobile, they’re there so that they can get another ad in front of your eyes before you hit the button. It’s all about ad revenue, it’s all about getting as many eyeballs on the ads as possible. So it’s no surprise that people have started blocking them because they’re quite intrusive in a lot of ways.

So fundamentally, all of these things together are creating quite poor experiences for people in these publisher environments. But actually, that gives us quite a nice opportunity. Here’s Aretha again, we can … challenge them. So if you think about all of these great businesses that we have as clients, think about where they make their money. Jaguar sells cars; Thales Learning & Development sells consultancy to improve businesses; BOC sells gas; OneFamily, financial services. None of them are publishers. They make their money somewhere else. When we’re doing technical SEO work, when we’re doing CRO work, when we’re doing content work, we can create really, really great experiences for their readers and we don’t have to worry about plastering ads in front of them because that’s not where they make their money. I think that’s why we have a really, really great opportunity to create some fantastic experiences for our clients and actually much better experiences than a lot of publishers are offering these days. That’s it. 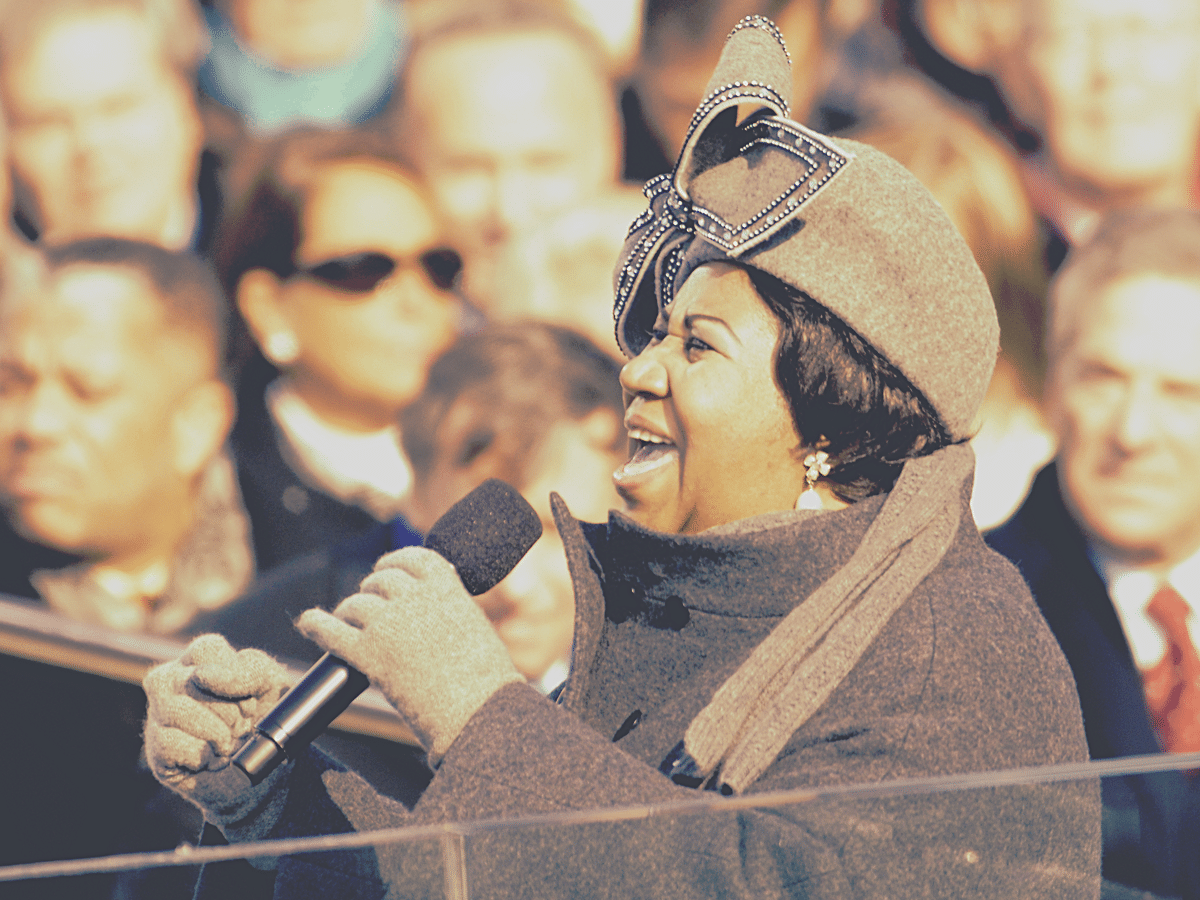