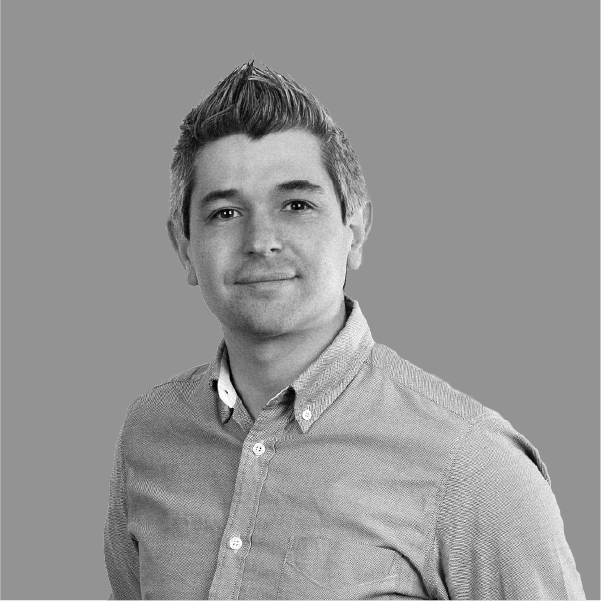 How to improve your site with Cialdini's Six Principles of Persuasion

The art of persuasion. Dr. Robert Cialdini, Professor Emeritus – I think that’s pronounced correctly – of Psychology of Marketing in Arizona State University, back in 1984 – I know some of you guys probably weren’t even born then – wrote a book called ‘Influence: The Psychology of Persuasion.’ Now if you are involved in marketing, even if you haven’t read this book, you probably know about his six principles of persuasion. I’m going to go through today those six principles of persuasion and look at how you can use them on the web.

We’re going to start with reciprocation, reciprocity. Reciprocation recognise that people feel indebted to those who do something for them or give them a gift. We as humans hate to feel indebted to someone. How can we play on this? Well, we can give things away for free, like a guide or really engaging content, or something like that. Most people don’t do this very well. Often when you see something like this, you click ‘download a guide’ and then it comes up with a form, and you got to put in your personal details. Well, that’s a straight up transaction. I’m paying with my personal information to get that guide, so that’s not really reciprocation.

An example of where reciprocation is used quite well on the web is through social media, specifically Instagram. I can go and I can go and find a picture and I can like that picture. If I’m lucky, that person may see that I’ve liked their picture and come back and like mine. But if I invest a little bit more time in this, and I go and find the person, I go and like 20, 30 of their pictures, then that person is much more likely to come back and see me and look at my pictures and like some of those. I might even get a follow out of that as well. How as a brand can I use this? Well, as a brand I could go out and I can find other people who are likely to respond to my brand, go and like their pictures and build an audience just by liking pictures, which I can then market to. That’s reciprocation.

Two: commitment and consistency. We’re more likely to do something after we agree to it verbally or in writing. This works best if you do it publicly. It’s a bit harder to do on the web, but it still can be done. Here’s an example. Remember this guy, Obama? You know the last sane president of the United States? Well, during his campaigns his people did over 500 A/B tests on various webpages. Here’s an example of how commitment can work. In the first variation here we’ve got a standard form. This is for donations by the way. Standard form, you put in your details, you select an amount, you put in your card details, and then you click ‘donate’. Fine, that’s what we expect to see. However, in the second version, they led with a question. That question reads: ‘How much would you like to donate today?’ I don’t know if you’ve purposely try to ignore people’s questions when they’re asking. It’s quite awkward, it’s quite hard to ignore a question and we feel compelled to answer. In this case, you answer it by clicking on one of these donation amounts. When you click on it, you’ve then committed, and in doing this, they managed to increase donations or the amount of donations by five percent. That’s commitment, consistency. This is because we like to be seen as being consistent in what we do as humans.

Three: liking. People prefer to say yes to those they know and like. Makes sense. Anyone heard of this guy, Joe Wicks? I see some of you probably have. Yeah? Joe Wicks, he did a personal training qualification when he was 23, started his own boot camp company. He then got onto Instagram, used Instagram as a way of trying to get more people to his boot camps. okay? Then Instagram introduced videos, so he came up with his ‘Lean in 15’ videos which were basically a meal in 15 seconds. He kind of tried to jazz it up a bit, have a bit of fun, coined terms such as midget tree for broccoli and sexual leaning. I don’t really know what that means, but his followers must have done because that shot up. He was getting thousands of followers a day. I checked his profile on Instagram and he’s now got 1.7 million followers. This is down to how he portrays himself, how likeable he is. This is an example of some of the pictures, or some of his webpages. This is a guy who knows exactly what is selling. What is selling is him and his personality. That’s liking. I think we might even use him again later on.

Go on to social proof. When people are uncertain about a course of action, they tend to look at those around them to guide their decisions and actions. I’m going to show you an example here from HM Revenue & Customs. This isn’t a web based one but I really like it anyway. They increased their debt payments by 15%, which is worth about 160 million by adding one sentence to their debt payment letters. One sentence. That sentence reads: ‘Nine out of ten people pay their tax on time.’ You don’t want to be the one person. That one person who doesn’t pay their tax on time. That lead to that 15% increase. Going back to Joe Wicks, this is how he’s used social proof on his site so people can send in their pictures, before and after pictures, presumably taken in their own home with a camera phone, no Photoshop, which just lends authenticity to it. This is a really powerful way of getting buy-in. We see probably social proof used the most out of all these principles on the web. Customer reviews, five star ratings, third party things like Trust Pilot, and so on.

Authority. People respect authority. They want to follow the lead of real experts. I think that’s even true today in post-truth world that we live in. We might be a little bit more sceptical about our experts and demand more credentials, but we still, I believe, follow them. An example of an authoritative website rather than an individual is Gov UK. This is an authority. I doubt there’s anyone here who would question the truth portrayed on this website. We’re not all governments so how can brands use this? We probably see it most often in health and beauty. This is a skin care specialist called Kaya. On their homepage, just below the banner, we’ve got this picture of a dermatologist, Dr. Sangeeta. You can watch a video where she explains the science behind ageing and how they can stop you ageing or visually ageing, and basically make you look younger. That’s experts. That’s a way of using authority.

Number six: scarcity. A fundamental economic theory, scarcity relates to supply and demand. The less there is of something, the more valuable it is. We all know that, we all fall into the same trick of when there’s less we think it’s worth more. We see it a lot used in travel. Here, booking.com, only two rooms left on this site. ‘In high demand’, ‘only four rooms left’. Who doesn’t get that kind of twang of anxiety when they see this and they go: ‘Ooh. Should I book now?’ Here, on Ryanair, only two seats left at this price: ‘Do I ring my wife or should I just book it?’ It’s not just down to the number of items, scarcity can be also related to time. Here on Rental Car, they’ve got this little pop-up that pops up every few seconds, so it’s probably not true but yet – there they have this picture of this little clock and they say: ‘New booking. A customer from the UK has booked a car in Brighton.’ This is just implying that you’re running out of time, the clock is ticking and someone might book your Fiat 500 if you’re not quick. We’ve got DFS here: ‘Don’t miss out, final five days to save.’ Except for DFS it does not work because we all know that on Monday, there’s going to be another sale on.

That’s your six principles of persuasion. Or is it…?

Since 30 years, 1984, when Dr Cialdini came with his six principles, he’s recognised there is a seventh. And that is. the unity principle. This goes beyond the simple similarities you see categorised under likeability and social proof – this is something more fundamental, more tribal. A shared identity, such as gender, race, nationality, political or religious affiliation, and we can see this portrayed in Maslow’s hierachy of needs. The third step there, love and belonging, it’s about wanting to be part of a group and once you’re part of a group, you’re more likely to be influenced by what those members of the group say.

We can see this used quite positively with the ‘This Girl Can’ campaign, where it’s playing on this shared identity of gender to try and encourage women to be active, no matter how good they are, without fear of judgement. Another good example, and it’s probably the best example – or rather, the worst example – I’ve seen, and that is the National Rifle Association. They really play on it. ‘The new sheriff in town’ there. We’ve got, ‘the tireless defenders of your second right amendment’. You can buy NRA caps, you can even buy NRA cigars. I mean, these guys really know their audience, they know who they’re appealing too. And why not, when you buy your cigar, become a member of their club? Their cigar club? So, not only are you part of the NRA, you can become part of another club within the NRA of their cigars. On their NRA Cigar Club site they say: ‘We have two things in common with you…our lifelong commitment to the NRA and our love for fine, handmade, premium cigars.’