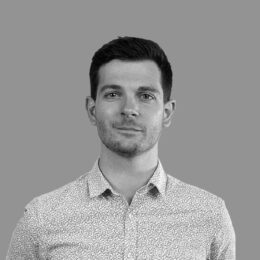 Hello everyone, my name’s Joe Buzzard. I’m a content strategist here at Rocket Mill, and today I’m going to be talking to you about the art of darkness, practical examples of dark social. If anyone gets that literary reference, then I love you.

What is Dark Social?

So just a quick recap. Dark social is the sharing of content on private social channels and the conversations or interactions with this content that you cannot see. So for example, on WhatsApp, on Messenger, on Kik, on WeChat, and by email sharing. And last time out, I told you about what dark social is, why you shouldn’t be afraid of it. I also gave a couple of examples of brands using it. However, it’s really easy to get intimidated when you see that kind of stuff being done successfully and think for example, that you don’t have the budget, that you don’t have the resource, that you don’t have the infrastructure in place to support you and your dark social efforts. But I’m here to tell you, you can bin that thinking right now. Because I’ve got some ideas for you.

So the first one I’ve got is audience and market research by dark social. So I’m thinking primarily qualitative research such as focus groups to kind of gain an understanding of the underlying reasons, opinions and motivations that your customers potentially have and kind of uncover trends.

So the advantage of this is there’s no pressure. The onus is entirely on the people who join these groups if they want to contribute or if they don’t want to contribute. And you can do this anywhere, anytime with anyone. It’s not time critical. They can do it at their own pace. Whereas the restrictions of bringing a focus group in the real life, you have to book a room, you have to organize people. People have busy lives, need to leave at different times, completely remove that restriction. They can do it whenever they want.

And this brings it back to what we do a lot of at RocketMill. We talk about it a lot which is one to some targeting rather than one to many. It’s exactly why I think WhatsApp is perfect for this. So for context, the max group size you can have on WhatsApp is 256 people, which can be hacked but I wouldn’t recommend it. You probably don’t want to have a focus group of 256 people, it would be chaos. So instead, what I’m suggesting is a focus group of around 15 to 20 people to encourage conversation. So again, remember one to some and not one to many. This also stops people from being too shouty. You don’t get one individual voice so other people get drowned out. Everyone has an opportunity to say something. Then you can organize tasks, events, schedule them.

And once you’ve nailed one particular focus group, you can just replicate it as many times as you want to get the results that you desire and just look at trends and kind of analyze it from there. So that’s the first example.

The second use I suggest is customer engagement, which seems a lot more obvious. It’s social media, right? So I’m thinking support groups and also the rather grandiose sounding, immersive content experiences, which I’ll explain as I go on.

So the first one up is support groups. What got me thinking about this was the recent Me Too Movement. So an example I found was that a group of female journalists wanted to tackle harassment in the media and they started talking over Twitter. It then migrated into a WhatsApp chat, and then they founded the Second Source, which is an organization that aims to promote awareness of the problem of harassment in the media, informed people about what they can do about it, what their rights are, and just kind of relate to each other, which is what social is all about.

And while this seems a really specific example, it did get me thinking about how we could apply support groups to brands and customers. Because of course we’ve all got problems and as marketers, our job is to solve people’s problems for them.

So you could be a mortgage company trying to connect first time buyers in a WhatsApp group. Invite them in maybe once a week, bring an advisor in, get a Q&A, and you also get those first buyers discussing things with each other and they understand they’re not alone. Everyone has the same frustrations and you can solve these problems.

Similarly, you could have baby based brands looking at NCT classes as a WhatsApp group as opposed to a place where they go up and meet. A lot of people aren’t able to go to these kinds of NCT classes because of jobs, because of working hours and things like that. So allowing them to connect whenever they want to, wherever they are could be invaluable.

Again, exercise brands could be another opportunity for this. They could help organize park runs with people in your local area. You could also use it to push each other if, for instance, you don’t have a group of people who help within your friendship group, push you to go to the gym and just kind of help you achieve your goals. And so what this eventually does is it creates brand advocates because if you are bringing these people together, they trust you, they value what you’ve done for them, and effectively you’re creating micro influences in the process.

So the second part of this content engagement is these immersive content experiences which I spoke about. So what I mean by this is that content experiences are those that engage users and encourage them to become advocates of a brand. So the example I gave in my last talk was What’s Cook by Hellman’s, that live recipe service. The example I want to give you today is based much more around Chatbots, which typically I would not say is a dark social platform, but it is a means to get into dark social fireplaces such as Facebook Messenger.

So some of you may have heard of the TV show Humans, which aired, I think first aired in 2015. I’m quite a big fan and mainly because of this campaign, to be honest with you. So this is a Chatbot which they set up, which you could sign up to and interact with. It’s kind of an engaging experience where you acquired a synthetic human and then it would talk to you. So it would engage with you, discuss things with you, and increasingly it felt more and more human. Even joked about Justin Bieber. And then it required that I looked at a map that it had given me to help it escape and advocate the idea that it’s more than just a robot, more than just a piece of technology.

But my favourite thing about it of all and that really, really drove me towards the program was the fact that it ended with a call to action. So the last thing that I saw before this message was this synth telling me, “Oh, I’ve got to go now. People are coming for me”. Three months later when the program first launched, I got this message out of the blue on Messenger reminding me if you want to find out more, I’ve only got a few minutes. But if you tune in at nine o’clock tonight, the TV show Humans will be on and you’ll find out more about me and my kind. I thought that was amazing. I thought it was a great use of dark social.

So my final example is for customer support. And this is actually a lot easier than you think it is because, in January 2018, WhatsApp launched WhatsApp business, with the very creative use of their logo with just a B instead. And it works especially well for small and local businesses. So you can drive leads directly from Facebook through to WhatsApp, although this lead gen isn’t yet available in the EU because of data laws and various bits and bobs, but it should hopefully be coming soon.

You can also introduce opening hours, so people know when your shop is open. Greeting messages and away messages. So just because you have this on, and the idea of it being always on, you can set away messages so that people know when you will be available and when you won’t be. You can also organize quick replies which makes it a lot more scalable and easier to manage. And this, of course, does still mean that it’s probably better suited to small to medium enterprises because if you’re a larger company, imagine the amount of messages are going to come to get through. But WhatsApp is promising paid for integrations for these bigger companies. And this is an example of one of the bigger companies, KLM Royal Dutch Airlines who’ve already started to integrate WhatsApp.

See I found this fascinating. because a lot of the time, brands seem to try to use apps instead because they think that’s the next big thing. There was certainly a wave where everyone had to have an app, but they didn’t choose to have an app. How often do you use the EasyJet app for instance? Maybe what? Three, four times a year if you’re a bit of a jet-setter. Imagine if you could just have all that information just through the one app that you used constantly, WhatsApp. And while this may seem cutting edge, if you’re not already doing this, you are really behind the times. Because many developing countries have already skipped over the whole desktop issue due to things like data usage and speeds of broadband and things like that. And they’ve gone straight to mobile and dark social and messaging apps. I was speaking to Jon Norris the other day about his experience in Oman, and he was telling me that in Oman, you can book restaurants, hotels, pretty much anything you want via WhatsApp. The entire country is pretty much run on it.

So last time out, I told you that you shouldn’t be afraid of dark social and explained what it is. Give you a bit of context. This time I want to make sure you leave this talk, making sure that you know you shouldn’t just be aware of dark social, but that you need to engage with it and embrace your community. Because as I’ve shown you hopefully, that’s where the web is going and that’s how customers are going to increasingly interact with brands and products.