The importance of owning your platform

The importance of owning your platform

Hello everybody. My name’s Jon Norris. I’m the Head of Content here at RocketMill. Today I want to talk to you about the importance of owning your own platform.

The rise and fall of…

I wanted to start with something of a cautionary tale. The story is about a publisher that you’ve probably heard of. The publisher came from humble beginnings and their founder used a deep and nuanced understanding of how content is created, shared and consumed to hit on some formats that absolutely flew on social media. While they were still only a few months old, this publisher had millions of followers on social media. People around the world were reading their writing and watching their videos on Facebook. Soon, they were being talked about as the next big thing. Investors were knocking on their door and their team swelled to the high double figures. Their video views continued to grow exponentially. They were seeing millions, tens of millions, hundreds of millions of views on every piece of video content they put out there. They opened up an in-house studio.

Their founder was the toast of the media circuit. Their company valuation climbed to reach hundreds of millions of dollars. Their founders were millionaires and their team enjoyed all of the perks of a silicon valley text start up. They took another round of investment, and then another and then another. They used it to grow their team and open huge offices around the world. They won awards and they were recording bigger audiences than most of the newspapers of the countries in which they operated.

Soon there were talks about them being bought up, potentially for billions by the likes of Universal or MTV. They couldn’t lose. They were hiring the best creative in the industry and they were laughing in the faces of the traditional media owners who simply couldn’t keep up with them. They expanded it to longer form content and there was talks of them entering into a partnership with the likes of Amazon or Netflix on a series of long form hard hitting documentaries. Every day was a party and it seemed like the world was theirs for the taking.

One day an analyst came into work and noticed that their reach was down. It was down again the next day, and it was down even more the day after that. Turned out Facebook had changed their algorithm to demote content like what they were producing. They’d lost around 50% of their reach overnight. Suddenly they were struggling to get even half the number of views they were seeing on their video content before, and the numbers they reported scared off potential investors.

Soon they had to make a series of layoffs, including all of the expensive creative folk they’d hired just a few months previous. They shuttered their regional offices, and they have to scale back their headquarters. Their audience grows soon turns negative and their ad revenue dried up. They burned through the rest of the cash that they had desperately iterating on content formats, trying to find something that would rekindle the growth that they’d seen previously, but nothing worked. Less than a year after Facebook kneecapped their reach they were facing bankruptcy. The last of their editorial staff were laid off and on a rainy Wednesday their once lauded founder handed over the keys to their headquarters to a bailiff. Their dream was over.

Who does this story belong to?

It’s especially the story of Little Things, who were an American publisher, who in 2015 recorded the most popular post on all of Facebook and this March, closed their doors for the last time after their traffic declined by 98% due to an algorithm change. It’s particular the story of Upworthy, who I’m sure a lot of you’ve heard of, who were in 2013 the faster growing news outlet of all time and just a year later they’d lost over three-quarters of their traffic and their ad revenue. To a certain extent it’s also the story of Buzzfeed, who although they’re still going missed their revenue targets by around 20% last year and had to lay off about 100 people from their team. And it’s to a certain extent the story of the Blaze which is a conservative media outlet in the States who had to pull all of their team into an all-hands meeting in September 2017 and fire 60 of them on the spot with no notice.

The details of each story are different but the central thread is the same. The platform that these publications relied on for their audience and their revenue, in many cases Facebook, had turned against them. While they were entering bankruptcy proceedings, one of the executives from Little Things said this, “Facebook is the destroyer of worlds.” It’s probably a bit overblown, but if your business is closing due to a change that Facebook made you can definitely see why people would feel that way.

It’s worth pointing out at this point that Facebook have made some half-hearted efforts to support publishers. They gave around 140 publishers a pot of $50 million to produce video content to kick start the promotion of Facebook Live when they launched that. That money ran out earlier in the year and you’ll be unsurprised to hear that now none of those publishers are creating videos for Facebook Live because they can’t make any revenue out of it. They also launched instant articles a few years back which was a Google amp type format designed to keep people within the Facebook ecosystem while they consumed news and so that revenue could be shared between Facebook and publishers. Has anybody in here used a Facebook instant article in the last six months? No. They did not work out.

This has been a problem that’s been going on for a long time, so naturally other platforms have cropped up to try to solve this problem. The most noteworthy one that you’ve probably also heard of, Bing Medium. This was set up by a guy called Ev Williams, who’s one of the co-founders of Twitter and they very much pitched itself as the saviour of digital publications. It was ad-free. It was uncluttered. It had a beautiful modern user interface and they really aggressively pursued small publishers to move them onto their platform. Their pitch being, “We’ll give you free hosting. We’ll give you our beautiful user experience. We’ve got built-in monetization tools so that your users can choose to pay you a few dollars a month to directly support the journalism that you’re producing.”

Unsurprisingly, a large amount of publishers took them up on that deal because that’s a great pitch. Two years later with no notice Medium pulled those monetization features, so a lot of those small publications that had moved over lost their primary source of revenue overnight. So once again, the platform that those publications were relying on for their audience and their revenue had turned against them. This was the platform that was supposed to save them.

All of which leads us to one fairly inevitably conclusion, which is that if you publish on a platform that you don’t own, you’re living on borrowed time. You are a tiny boat shifting on the tides of the business model of the platform on which you choose to operate. We’ve seen this time and time and time again. These decisions are often financially motivated as in the case of Medium, but equally they can be ideologically motivated if you think about earlier in the year when Facebook, Twitter, and other platforms banned Alex Jones and Infowars for spreading misinformation. You might think that that was the right decision. I certainly think that was the right decision. But also remember that YouTube has been suppressing the reach and revenue of LGBTQ content for years. So ideologies go both ways and if you’re expressing one, there’s a good chance you’ll be censored.

Let me draw you an analogy for a second. Imagine you were a premises manager for a company of say 500 people and you’d been tasked by your CEO to go and find new office space because you had outgrown the one you were currently in. You came back to that CEO and your recommendation was that you lease office space from a much larger company that is an indirect competitor of yours, and under the terms of that lease that company can throw you out at any time with no notice. That’s more or less the decision that publishers and content marketers are making when they go all in on a platform like Facebook, or a platform like Medium, or a platform like Twitter.

So yes, publishing on these established platforms is easier, and if you get it right it can yield fantastic results for a while, but it’s ultimately short-sighted and it’s an incredibly risky decision. You need to own the platform where your content is published. You need to be free to develop it to meet your business needs and you need to be able to collect your own first-party data. I feel like these platforms have exploited publishers and brands for far too long, and I think it’s high time that we reduce our reliance on them and we ensure that the value that we create, as businesses stay exactly where it belongs and that’s with us. Thank you very much! 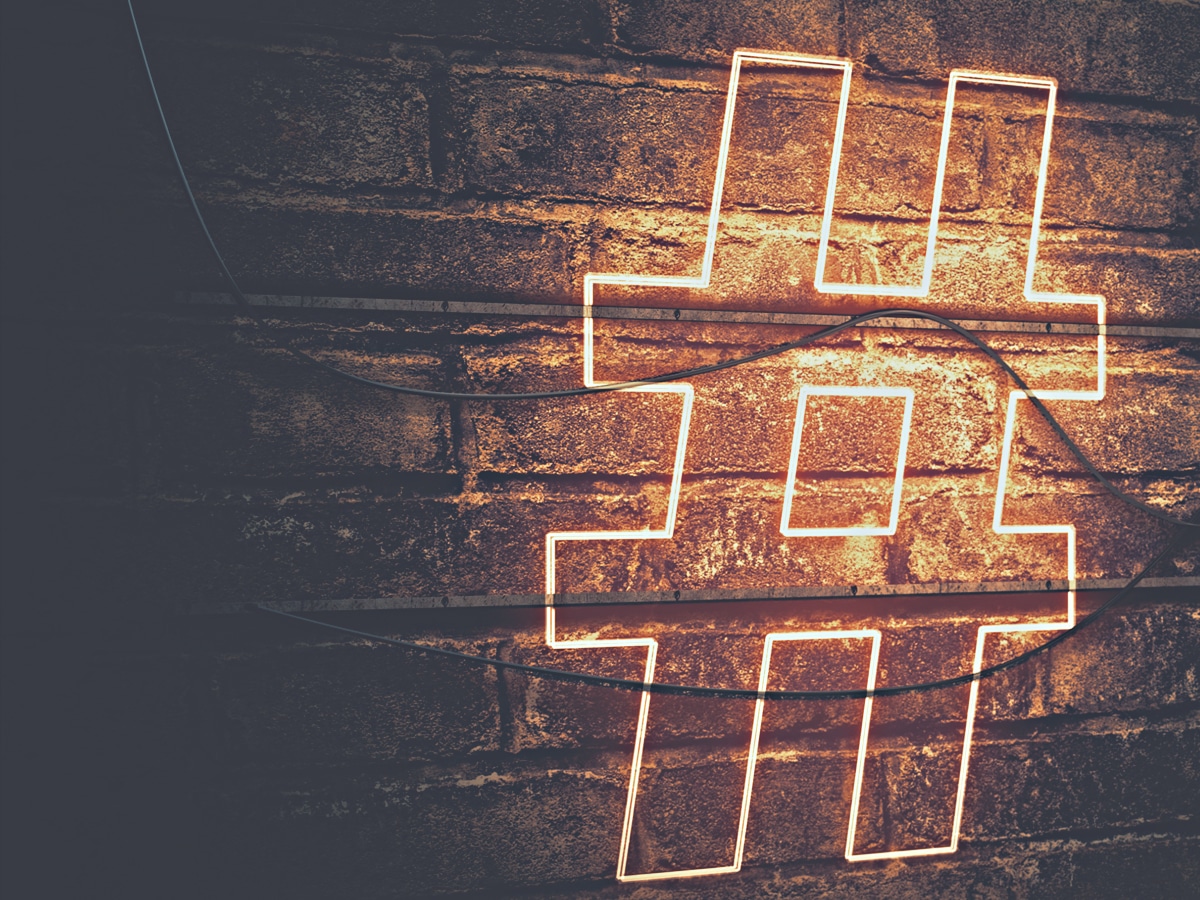