Why you need to pop your filter bubble

Why you need to pop your filter bubble

Today, I wanted to discuss with you why you should look at popping your filter bubble. First of all, does everybody understand what I mean when I say filter bubble? Hands up if you’ve heard that term before. Only … Oh, okay. All right. Good thing I’m here then.

So, filter bubble’s this concept that’s come across in the last few years. It was coined by this guy called Eli Pariser I think is the way you pronounce his name, but I might be mangling that. He broadly describes it as: “the personal ecosystem of information that’s been catered by […] algorithms”. That’s him. He also, after doing this work around filter bubbles, went onto co-found Upworthy.

Broadly speaking, a filter bubble is a feedback loop that you get when you use a personalisation system, such as the one in Google Personalised Search, or such as the one in Facebook’s News Feed. It works on this simple principal: if you like this, then you’ll like that. I’m sure you’ve all seen on Facebook you’ll like something and then you get recommended a load of other similar stuff. It’s basically that.

The idea being that as you increasingly personalise your experience online, your view, what you see in Facebook or whatever the platform is becomes increasing narrow to the detriment of everything else that’s going on in the world. This is what’s become known as the filter bubble. Many people, myself included, think that’s quite problematic. I’m going to talk to you a little bit today about what it is and how you can maybe look to escape from it, if you wish to.

This is actually kind of, although it’s mainly talked about in terms of Facebook – because obviously Facebook is the most personalised thing on the Internet that you’re going to see every day – it’s also, as I touched on it, it’s Google Personalised Search, all of the paid activity pretty much that we do here is based on this kind of rule. We target people based on their existing interests, on the basis that they’ll probably like similar stuff. That’s exactly as we should do because we’re spending clients’ money, we have to spend that as sensibly as we can. People who have an interest in cars are more likely to buy cars than people who don’t have an interest in cars. Makes sense.

My team do it as well when we build content strategies. We look at what people have interacted with and what’s been successful before. We learn from that and try to create similar stuff. It’s all around this rule: if you like this, then you’ll like that.

Just wanted to give you a little example of my own kind of little filter bubble that I live in. As of yesterday, for the general election, the polling’s looking something like this. Conservatives in the lead. Labour not far behind. All the other guys quite a way behind. If you did this same poll of my Facebook friends, it ends up looking like that. My little filter bubble that I’m living in on Facebook, if I were to view the world only through my Facebook feed, I would think we were living in this glorious Liberal paradise, where everybody cares about the environment, everybody believes in equal rights – but we don’t live there.

This is the reason why when things like the Brexit vote and Trump’s election happened, everybody that didn’t want those things to happen were quite surprised because they just didn’t have visibility of the discussions going on on the other side of the fence. That’s kind of the essence of the filter bubble problem if you like.

Obviously, Facebook’s algorithms have been getting better and better over the years, which means that this problem, of only being able to view a very small slice of the world is getting worse and worse. It’s only going to continue getting worse, especially for me because I obviously have a couple of friends that I need to get rid of.

The problem with this is bubbles are quite…they’re comfortable. They’re nice places to be. It’s everybody patting each other on the back and everybody agreeing with one another and talking about how everybody has to vote for Caroline Lucas. It has to be a conscious decision to move outside of that. These things are always formed by habit. These platforms that personalise your experience, be it Facebook, be it Instagram, be it Twitter, wherever, they all make money by making it incredibly easy for you to fall into a habit of just consuming the same thing over and over again. If you decide that you want to go outside this little bubble you’ve created for yourself, you have to break that habit. You actually have to make a conscious decision to go out and consume stuff that’s not within your usual everyday remit.

I think there’s a problem of staying within your bubble as you end up with an unrealistic view of the world and unrealistic expectations. According to my Facebook, the Green Party are going to win the election, but when they don’t, I’m obviously going to be very disappointed. There’s two reasons why I think you should try to venture outside your filter bubble.

Firstly, and this is quite a big one, I think it genuinely makes you better people. If you think about ways that you might look to do this in real life, that would be things like going on holiday, experiencing new cultures, trying new food, meeting new people. That’s us going outside our little Britain bubble. It’s fantastic. You always have a really good time. No reason not to do the same thing online.

Second reason, it will probably actually make you better at your job as well. There’s reasons why processes that we use have names like empathy mapping and user journeys. It’s because we can do our jobs better when we can empathise with people that we don’t have everyday contact with. The more we can be a bit more worldly, and get to know those people a bit better, the better we can be at marketing to them.

Filter bubbles usually relate to politics. Of course, they do very much at the moment because we’re living in this very politically-charged environment, but actually they can exist around all sorts of things. Just to pick a couple out. You can have bubbles around gender. I’m sure a lot of people have worked in companies where it’s predominantly men. You end up with this kind of male bubble of culture. Obviously, nationality, race, sexual orientation, industry. Massive one in marketing. We live in a marketing bubble. That’s why we have to do things like onboarding with clients to get to know their industries because we have no visibility of it.

Location is a really important one as well. If you want to go into another bubble, I can highly recommend Scottish Twitter because it is amazing. Definitely look at Scottish Twitter. People have kind of come to realise this is a problem over the last few years.

I would also definitely recommend you read the book by Eli Pariser where he originally coined this term. There is also a TED talk that goes with it, if you are too lazy to read a book. Fundamentally, as I said, it’s about changing habits. If you get all of your news from one particular website, go out and find some different websites to get your news from. They don’t have to be so far removed from your ideology that they’re offensive. They just have to be a little bit different. It’ll help you accrue lots of other takes on things and then form better opinions yourself.

I actually, while preparing for this, had a look at who I follow on Twitter and the makeup of those people. You probably won’t be surprised to find out it’s predominantly straight, white men who work in digital marketing. Obviously, that’s a little bubble that I’ve created for myself that I now want to go and fix, by bringing a wider range of people into my bubble so that they can expand my horizons.

Going outside our comfort zone makes us better people and it’ll also make us better at our jobs. Thank you. 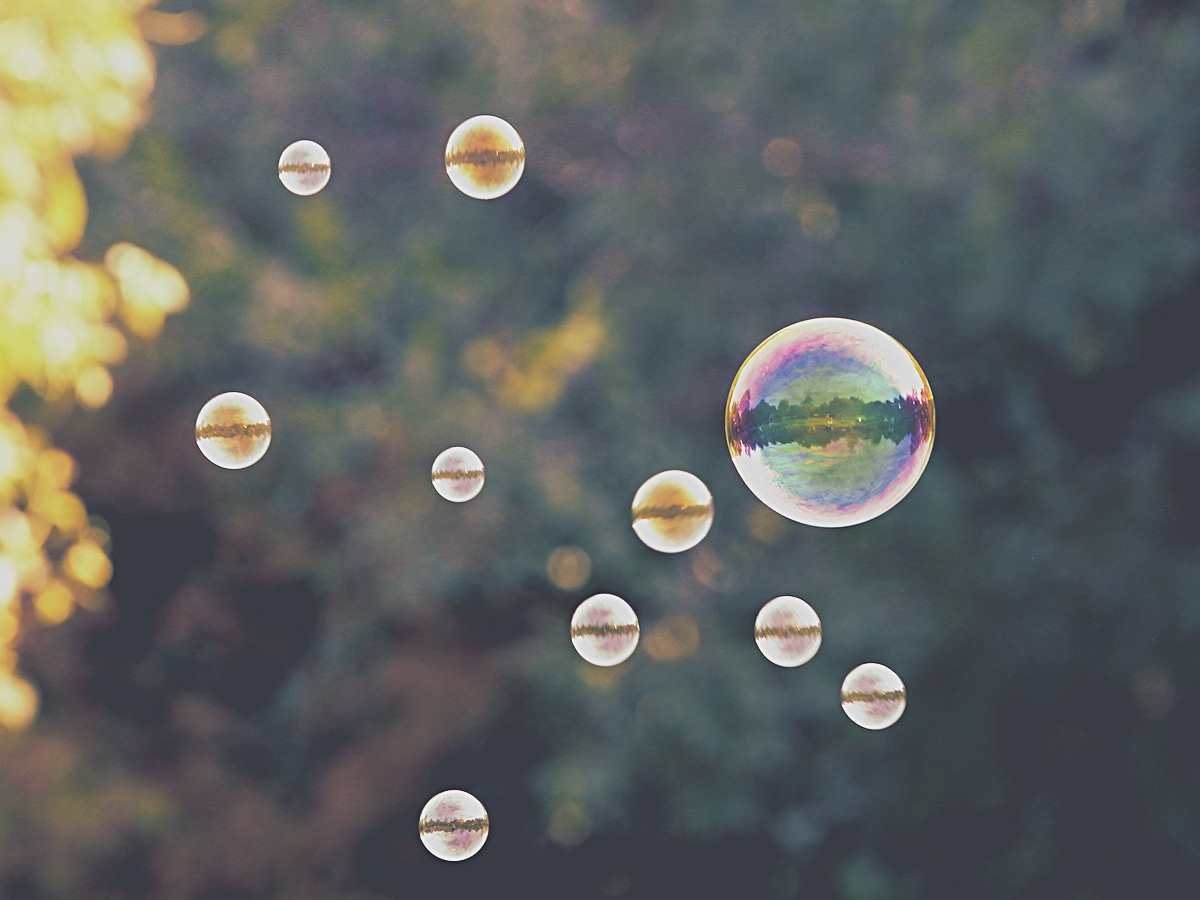