How to improve your digital marketing

How to improve your digital marketing

Hi everyone. I’m Sian Leaker, I’m Head of Strategy and Planning here RocketMill. Today, I’m going to tell you a very simple way that you can improve your digital marketing. Before we get into that, a little bit of a history lesson, first of all, to set the scene. We’re going to start with the digital revolution today. Normally, it’s around a six-month module that I teach on this, but actually, I decided to condense that down for today’s purpose into about five slides.

The history of Digital Marketing

First of all, just going back to the 80s so where we were all enjoying the Rubik’s Cube, Frankie says relax. At that point, computers were starting to get into the office and they were becoming a familiar part of the office scene. We then went to the 90s and while we were enjoying the 90s, computers started coming into the home, started becoming a normal way of life. They became smaller, they became portable, and they’re now in our pockets. We are literally carrying computers around with us.

At this time, there was also something happening, which was the digital marketing revolution. In the 90s, while all those computers were going into people’s homes, there were some search engines that were coming out. They were making it easier for us to find all of those different URLs online. Obviously, Google came out, and my favourite, which I hadn’t actually heard of before, which was Dogpile. I don’t know whether anybody has heard of that one. Suddenly, things were getting organised, things were becoming more accessible online. Again, later in the noughties, Google, the Goliath of the search engine started coming out with AdWords. This was the first time that people could actually start advertising online. This is where we really started marketing.

The next change that Google brought about was the algorithm changes. This really was the birth of SEO. This was when people realised that they’re going to have to take SEO seriously. Due to Google changing behind the scenes how the search engine was going to run, we need to make sure we were organising things online in a much better way. Then in 2004, I know we all know this guy, Mark Zuckerberg, so after Myspace became on the scene, Facebook came out. So, this was when people start connecting with each other, but they also really start connecting with brands. This was really the birth of content marketing. Not just from Facebook, but what this allowed in terms of other technology. We really started understanding how we could connect with brands, but brands started understanding how they connect with us. As a result of that, we came out with things like influencer marketing, we came into reviews online, etc.

How did the marketing world respond to this? Because it was a time of big change. First of all, there was a marketing brand and PR strategy. They then decided on the traditional tactics, right way already, and then they bolted on some digital tactics at the end of that. So, this was the way the process happened in the noughties. They carried on in the same way but actually as they saw an opportunity for digital, they took it. That was actually okay in those days. Digital was new, it was only a few channels, it only actually worked with certain products and certain customer segments. So, it wasn’t a problem that that happened. And actually, it probably was the right way around at that time.

The age of mobile

But then the next stage of the digital revolution happened. This is when we had mass adoption, high acceleration of digital. It started becoming much more normalised in our everyday way of life. Smartphones, as you can see, and tablets came onto the scene. Everybody had them in their pocket. It actually became part of people’s homes. So, now you’re immersed in the whole digital world. If we start thinking about numbers for this, so at the moment in 2018 has over 4 billion internet users, and two-thirds of the world’s population has a mobile phone. Just to put that into even more context. If we estimate as people have done, that everyone online will spend about six hours online per day. That means that in 2018, collectively, we’re going to spend 1 billion years online as a whole.

So, how did most companies respond to this, this mass adoption and at an accelerated rate? Well, we had the marketing team, we had the digital team, and they were completely in silo. They literally decided to create a new team. There were the original marketing team, marketing brand and PR strategy. They were doing the traditional tactics, and obviously, they were doing the review performance. But at the same time, they started hiring in a digital team, digital strategy, digital tactics and reviewing the performance. So, completely separate. So, you can see some of the obvious issues that this actually had. Goals, KPIs and budget have been different. We see this with a lot of companies now. Just from that nature, it means that everything siloed, you’re not going to get as much efficiency. It’s seen as basically separate campaigns within marketing.

But unfortunately, the customer isn’t traditional or digital. They’re both. If you look at this, this user journey, This is a typical user journey for someone that’s buying a car. The end process is they bought a car. Now, everything in blue is digital or online, everything in red is traditional, offline. You can see that two-thirds of it are digital, but also to a third of it is offline. If you actually cut out any part of that, you’re losing the effectiveness of your campaign, and you’re losing ways of marketing to that customer.

What was the result of this? Well, for the customer, it was a tactic platform first approach, which meant that we had some inconsistent messaging. It appeared to be a different brand in some contexts. I don’t know whether anybody’s been kind of walking to the station, sometimes they’re given a flyer, it’s for a brand and then they think, “Actually, it’s completely different to the online messaging that I get.” It’s all completely disjointed for some brands. This meant the customers were confused. And as a result, obviously, you’re not realising all of the sales for that brand.

For the company, and we mustn’t forget what this means for internally at the company, so it meant disjointed teams. We’ve seen kind of increased operational costs because of this. If they’re lucky with the internal teams, they have good communication, which means that actually, they get away with it sometimes. But for the most part, it means additional work that they’re having to do to make sure that they’re joined up. As a result of that, there’s an inefficiency in marketing spend. Obviously, that means that the profit potential isn’t realised. Really important to note as well that when you’re doing campaigns, if you only focus on digital or only focus on traditional, when you’re reviewing and you say, “Oh, that’s great, we got good performance from that,” you’re not seeing the overall performance. Because you’re not actually looking at the overall picture against what should be an overarching strategy.

So, the simple change,  if we go back to what we’re seeing a lot in companies at the moment, it should be that one-team approach. It should be that marketing team, which is all getting the right strategy together, the right tactics, and then we start measuring and adapting. Underneath the right strategy, there we’ve got things like brand value, product positioning, all of the great classic marketing approaches, none of that has changed. It’s exactly the same discipline as we had in the 70s and the 80s. It’s just that some of the platforms and the channels and now different.

Then we get to the right tactics, and it should be channel platform agnostic when you start doing the strategy. So, you start thinking about the platform channels and messaging. And it’s only at this point that you’ll be thinking, “Is that online, or is that offline?” Never before. Make sure the marketing team, the right strategy, that’s one team, you’re getting all of that information together as a joined-up team. And then you start thinking, “Right, what are the right platforms and channels to go into?”

So, who does it well? I use Burberry a lot in my presentations. That’s because they do it really, really well. It’s about five, six years ago now, but actually, they were the first to really create a seamless online and offline approach for customers. They literally did it in-store and online. So, when people went into the store, it was the first shop that actually you could then start ordering the products online. They had really interactive digital messaging in the shop, but also they were kind of pushing people to footfall from online as well. So, it’s a really good case study and I urge anyone to kind of look through it just to see how it first started about five-six years ago.

The other campaign-based one I really, really like was the Shot on iPhone. This was a campaign, I think it was a couple of years ago. But I remember they did some amazing shots, and it was basically what you could do on the new iPhone. It’s obviously got an amazing camera on it. This is obviously a digital campaign and it’s all online. But they did some brilliant boards and prints offline. I’m sure that most people have seen it on the tube, you’re going through really inspirational and it makes you think, “Right, how do I get to that kind online?” So, it was really really seamless. I thought it was a really, really good approach.

Just a final summary. This quote just really sums it up for me and I think this is the way that we should approach it in future. “It’s not about doing digital marketing, it’s about marketing effectively in a digital world.” Thank you. 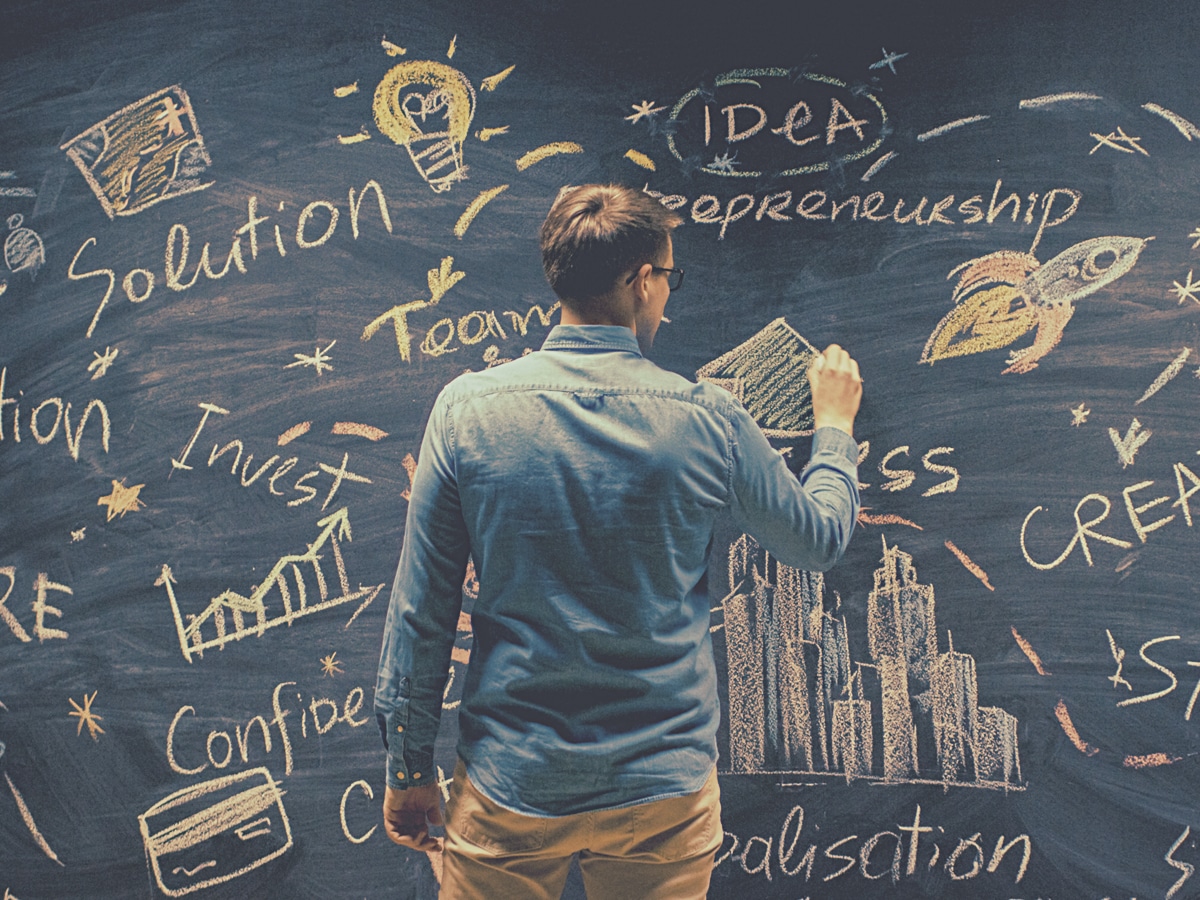