Facebook's latest news feed update & what this means for brands

Facebook's latest news feed update & what this means for brands

So first, just to get a little bit of context around the change, let’s think about the power of the platform, so how big is Facebook? Well, it’s estimated there’s around 70 million businesses currently have company pages on Facebook, and they’re actively pushing their content out to users. With that in mind, there’s 1.4 billion people that are actively using Facebook every day. You and me, we’re all on there actively taking in this content from the businesses, and that’s a 14% increase year-on-year.

Over the last two years, it has been a tricky time for Facebook and they really have been taking quite a beating in the media. It started in May 2016, where Gizmo reported that trending topics, which is the newsfeed, routinely suppressed Conservative news. It was having an impact on what people were seeing and it was creating propaganda, if you like. The story, it says there, sent Facebook scrambling and obviously got them to sit up and take notice.

In July 2016, Rupert Murdoch started telling Mark Zuckerberg that Facebook was wreaking havoc on the news industry and he started saying that he wanted to get involved. Big problems for Facebook were afoot. In August 2016, Facebook cut loose all its trending topics journalists, these are the people that would decide on the content that would be in the newsfeed and actively promote or exclude content from that newsfeed. They decided to transfer that into its algorithm, so it was 100% based on the algorithm that was creating what you’d see in your newsfeed.

Then in December 2016, Facebook declared war on fake news. It hired CNN alum Campbell Brown, and he was starting to really get into the industry and understand what the problem was with fake news.

In November 2017, this is when Facebook really started getting a grilling, it says they got pummelled during congressional intelligence committee hearings, but this is where really from a legal side Facebook started having to answer in terms of what they were showing on the newsfeed.

Now two of the key problems that I’ve pulled out to give you the context, the first one is around fake news. I think the latest estimate is that there’s around 50 million fake sites on Facebook so that’s fake pages that are delivering content to people that people have developed. That was obviously a big problem with the presidential election widely reported.

The other issue is around the Russian propaganda. What they were able to do with these fake news sites is they were able to start understanding the algorithm within the Facebook newsfeed and they’d start creating viral content through gamifying the actual algorithm and that’s where this whole problem came through which Facebook obviously had to respond to.

Facebook’s response to these challenges

So, what was Facebook’s response? Well in January, January the 12th to be precise, Mark Zuckerberg posted, and it’s a really good statement actually, if you read it on Facebook it gives you all of the information and I definitely recommend a read of it so you’ve got the full context from their side.

He started saying exactly what changes we’re going to do the newsfeed. I just put a summary of the changes here, so the key one is they’re going to start deprioritising content from news sources, publishers and businesses. If you’re one of those people that pushes content out there, your content will start to get deprioritised within the newsfeed.

It’s also going to change its algorithm and it’s going to do this through monitoring how users are interacting and engaging with the content. It’s already started happening. It started at the end of last year and that’s going to carry on through 2018.

There’s also going to be less public content and more community-based interactions. The way that Mark Zuckerberg described it is that he’s told his product team that he’s asking them to change from focusing on helping you find relevant content to helping you have more meaningful, social interactions. Really important change for brands. It means you’ve really got to think about what you’re going to be publishing in terms of content.

Now that we’ve looked at what the change is that’s happened within Facebook, let’s see what the publishers thought.

What do publishers think of the changes?

You can imagine some of the reactions from the publishing community. I put there some pieces of press in the US so: “Facebook is just screwing our news operations and our democracy”. We got similar from The Guardian in our country as well, how it really focused on it’s a problem for democracy and Facebook is influencing the way that we’re reading the news, which is not okay.

There were also some likes within the publishing community as well. I thought this one was interesting from Buzzfeed. They said that Facebook’s change was in line with how they want to develop content for their site and from their point of view their content strategy has already always been about creating engaging content for people to interact with so for them, it’s just on par with their strategy.

Financial Times as well, they also said it was a good move for the audience and the consumer and they thought it was a really positive change. Personally, from my side, and I think this is what a lot of marketers think is that it’s a really good change, it means that we’re focusing more now on the audience and actually brands have got to think about really what content people will want to see on Facebook in the newsfeed and not just push loads of irrelevant content out there and expect people to want to interact with it.

What do brands need to do to adapt to the changes?

In terms of what it means for brands and what they need to do, there’s some really clear areas that he’s highlighted within his statement and I’m going to just talk through some of those. If you look through the statement, it’s really clear. It’s a little bit like the Google changes that have happened over the last few years and anything that Google changes through it algorithm, you can also see it within the Ts and Cs and the guidelines in Google. If you look at this statement and in the background Facebook, you can probably see from a content perspective what you need to focus on.

Some of the key areas, “video and other public content”, that’s a plus. He wants us to “help us connect with each other”. He wants less “public content”, “encourage meaningful interactions” and “live videos”. There’s some of the things in his statement that you can really pull out and they can really give you a guide as to how we need to change, how we develop the content.

In terms of the impact on your content, and these are the things that brands need to really consider, if you drive traffic to your website from Facebook, it’s a key traffic driver, that might deprioritise and decrease the traffic over 2018 and throughout so you need to start thinking about how much traffic is being delivered from Facebook.

If you post content that people don’t react to or engage with, that is also going to be deprioritised so if people are passive to your content you need to sit up and take notice and start making some changes.

What you need to do, you need to review your content strategy. One thing that has happened within the industry is some publishers have become alarmed by the change and they’ve thought that they need to take all content off Facebook newsfeed. That is not the case, you just need to revise your strategy and think: “Right, how much traffic is driving to my website and actually what sort of content do I really need to put on to the platform?” You need to focus on high quality and authentic content, authentic being an important word there. If it’s not authentic then Facebook will start seeing from the way that they’re testing with users and it will start getting deprioritized and demoted.

You also need to create content that encourages engagement interaction, so if people are being passive to your content, like I said before, it’s not working, and Facebook is going to deprioritise it. You need to start eliciting conversation, get people emotionally connected to your content and creating a conversation.

You also need to, tied onto that, set up the right level of community management so all too often I see brands and they start posting content, it’s great content and actually people really get connected to that content and they start having conversations, but the brand doesn’t ever get involved after that point and it’s not managing the community that it’s then created. Make sure that you’ve allocated enough time to set up that community management.

Just two key areas that I think, just as my last takeaways, there are two key tools within Facebook that I think they’re going to really prioritise over the next year and these are the ones you should consider for your content strategy.

One of them is Facebook Live, so it’s going to really put an emphasis on the fact that you can do Facebook Live videos, you should just have that as part of your strategy ongoing.

The other area is chat box so obviously this is something that has really got traction in the industry over the last year but it’s something that you should start working and seeing whether that’s should be part of your content strategy as well.

That’s it, Thank you. 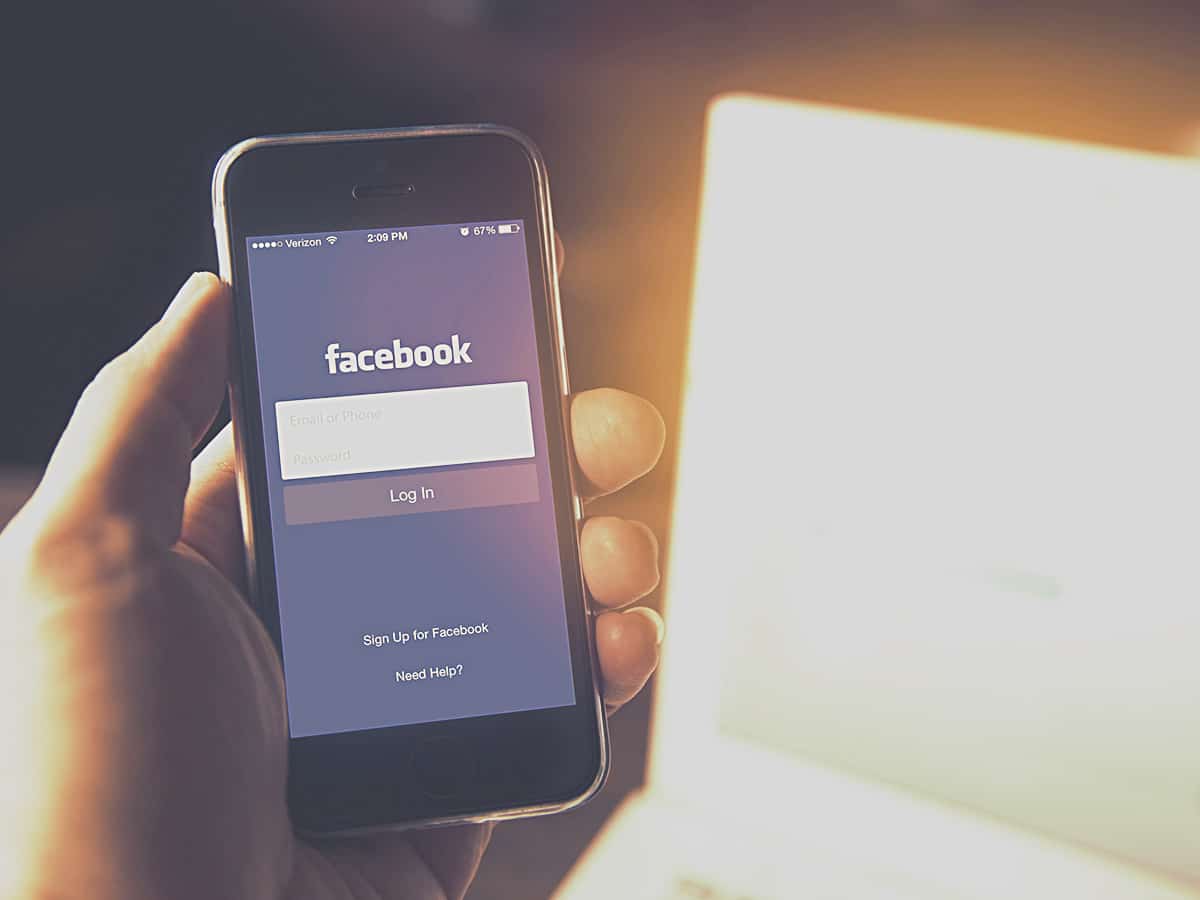