This afternoon, with the general election on the horizon, I thought it’d be a great opportunity to talk to you about why I think brands will increasingly need to become politically relevant. I’m going to share with you some things I think they should be mindful of as they go on that journey.

We are living in remarkable political times. Trump and Brexit underline incredibly difficult social and economic realities. These are ones in which the electorate has become increasingly angry, and they are pursuing change. As a result of the electorate pursuing change, our politicians have vacated the middle ground. Think back to Blair, Cameron, Clegg, various shades of grey all gravitating towards the centre of politics. We don’t live in that world anymore. In that world, it wasn’t that essential for a brand to own a position or commentate on politics. But the ground has shifted. Our politicians have moved away from the centre ground, and our opinions are polarizing, and in this world, it’s going to become much more expected of brands to start owning a position politically, or at least commentating on policy.

Now, added to this, we have an ever-growing youthful population within the electorate, and they are people who demand to know that a business stands for something. They want to invest in businesses that have a cause, that will invest, in turn, in improving the world in which they live. So, what’s happening is that there is growing pressure on brands to take part, and the prizes on offer will entice more and more of them to own some sort of political message or stance at key points, and I’m going to highlight to you a few things that they should be mindful of as they start going down this road.

Now, first up, they’ve got to start from the right place, and that is a place of truth. The electorate out there, they are incredibly emotional right now. We’re at fever pitch. Engagement in politics has never been higher. They are dealing with perpetual uncertainty, and in that world that they’re living in, quite naturally they are susceptible to brands putting out a moral marketing message that aligns with their perspective on the world. And a lesser principled brand, in these situations, would be tempted to put out a moral marketing message as some form of tactic, and I can tell you, categorically, that is the wrong starting position. It’s one that lacks authenticity. It’s one that consumers will see right through. It will damage a brand, and it should categorically be off of the table. Every single relationship is trust, honesty, and authenticity. That’s every relationship, including that between a brand and its consumers.

Now, when a brand does start to enter any kind of political messaging or stance, it naturally comes with a form of risk, okay? But I believe if you follow some simple rules you can mitigate that. And first up, this is a really simple one: commentate on policy, do not commentate on an entire party or personality. I’m not saying that in British politics, by the way, we have huge personalities – we categorically don’t – but we are in an era of presidential-type elections in this country. And if you think about it, if a brand owns a position where it commentates on an entire party or a personality, that is a very blunt position. It lacks intelligence, and it alienates vast swathes of the electorate, meaning that it poses a risk to a brand. Whereas, if a brand picks a policy that it sees that is abrasive to its value set, or strikes a chord with it, and they commentate on this intelligently, that will cut through the noise, and it will really acutely define their brands in the mind’s eye of their consumers.

And I’ve got, I have a wonderful example of a brand that’s recently done this extremely well, okay? So Howard Schultz is the CEO of Starbucks and when Trump unveiled his immigration policy, or his immigration ban, Schultz sent round an internal email to his team, and this email ended up being public. They shared it and I’m going to read to you a couple of quotes from it. He said: “We are living in unprecedented times, one in which the conscience of our country and the promise of the American dream is being called into question.” He then went on to outline to his team his plans to employ 10,000 refugees in the next five years, and I quote: “build bridges, not walls, with Mexico.” This is powerful, evocative, emotional stuff and whether you align with his message or not, you know it came from the right place. It came from a position of truth.

Do you know what I love most about this and what he did? Did it for his team. He didn’t start from a position of: “This is about my consumers, this is about my audience.” He started with his team. He saw the Trump immigration ban, and he saw a threat to the very people he stands side-by-side to move his business forward. The Trump immigration ban was juxtaposed to the Starbucks value set, and the value set, I can tell you, and you’ll know, when you craft a value set for a business, you do it with your team front and centre. You don’t do it for some marketing fluff. You do it for the people that you’re going to interview, the people that you can stand side-by-side and march behind that banner with; and what he did is take a bold stance to defend his team, and it’s something all brands need to consider. When they enter this fray, do so with your core audience, your most important audience, first. They’re the guys and the girls that you work side-by-side with on a daily basis.

And you know what? Sometimes you haven’t got a choice. So far, I’ve told this story in the sense that actually brands have a decision to make. Sometimes you don’t. Sometimes you need to stand up, and sometimes it’ll be your team that look to you to do so. You need to be prepared to do so quickly. On the very same policy, the Trump immigration ban, Uber was slow to come to the market with a message. It’s very clear, all of us know, that the Trump immigration ban would have serious ramification for the unofficial workforce of Uber. But Travis Kalanick came to the market late with a toothless message that gave no clear indication of their position in the market on that policy. The result was damn expensive for Uber. The hashtag “#DeleteUber” trended on Twitter for about a week, 200,000 people deleted their Uber accounts, and Travis had to leave his position on the Trump advisory council. So sometimes you don’t have a choice. Brands are going to be pulled into this space more and more.

So, to sum up, politics has changed. It’s no longer all sitting around the middle ground. They’re now polarised, and it’s polarised our opinions, and as consumers, we are becoming much more demanding to know that our consumer behaviour is investing in brands that align with our own moral compasses. Therefore, more and more brands are going to have to take positions as time goes on. And the prize on offer is significant. If you start from a position of truth when you do this as a brand, if you start from a position where your biggest concern is the team that you work with every single day and defending your value set, then the prize on offer is significant. It is big. And it’s well worth taking that risk. Thank you. 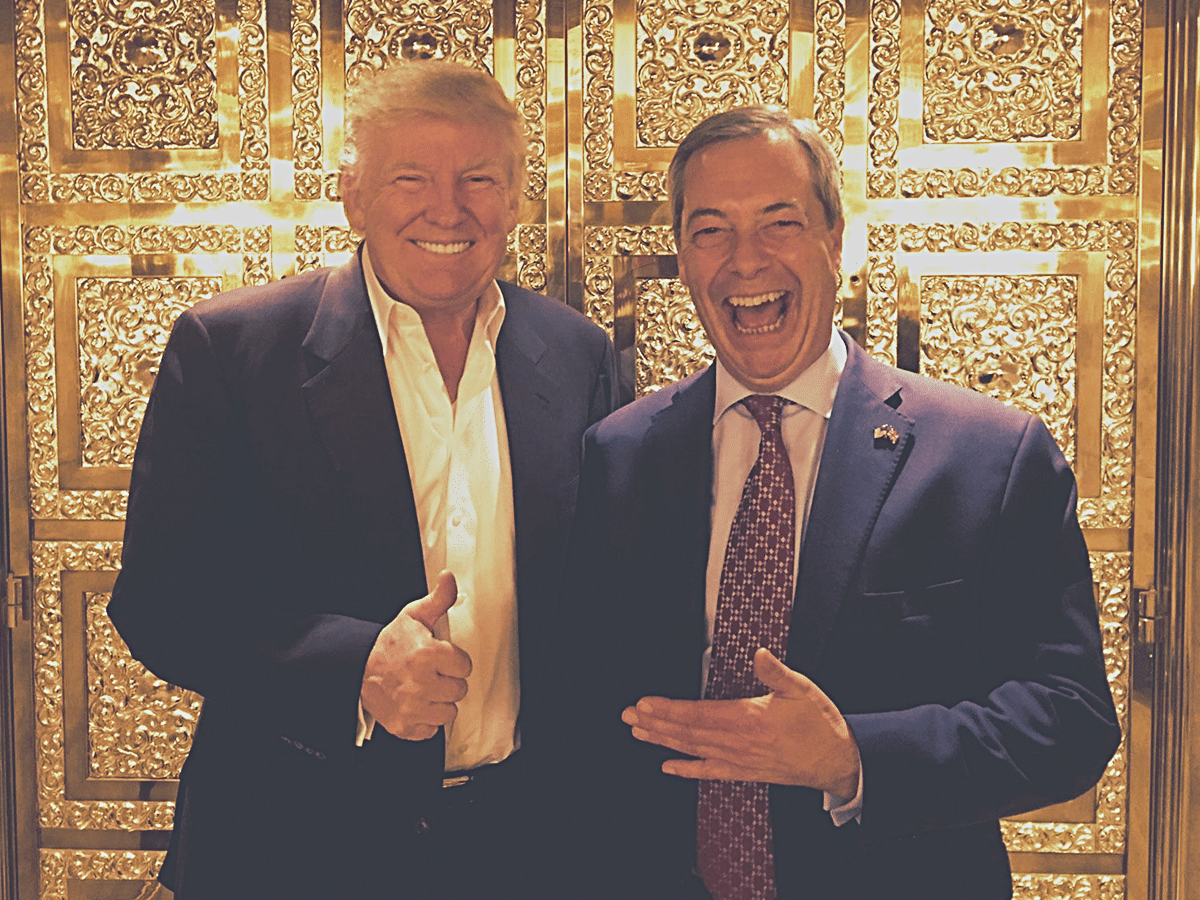