I’ll stand over here a little bit. Cool. So I’m going to be carrying on the theme and discussing Bauer. This is working on a project that we did a little while ago, but it involved all the teams we have here. So it was Tech SEO, Content, Paid Media, CRO, and UX all working together. And I think it shows how we can all work by communicating between the teams to produce a final result for a client. With Bauer we mainly work on their magazine subscription service, Great Magazines. And they came to us with a challenge basically. They said to us, “we want to be able to efficiently monitor our customer journey, highlight new products, and increase conversions”. We’re like “awesome, we need to need to get our heads together and work out how are we going to do this”.

So we worked out three clear areas for their brief. Monitoring customer journey, highlighting new products, and increasing conversions. So we had to come up with an action plan on how, exactly, were we going to do this. One of the first parts was growth of analytics implementation. So this is where Rhys and Data & Insight managed to work their magic and get their analytics implementation up to speed. We also looked at how can we include secondary products within the site and make it really consistent. Bauer were looking to introduce buying single issues, and this was new to the site and we needed to work on visibility, and how do we communicate to users that this is a single product, it’s not a subscription. And that it was even something that they should be buying.

We also wanted to look at the user journey and the navigation, and working out how we could make it really seamless. So at the time, it was difficult to work out how users could get deeper into the site, and how to guide them through that process. So we really needed to work on that and it was a key aspect of the project. And then we also needed to work on conversion tactics including social proof. So Bauer said “we want to include Feefo in our site design and how we go forward, how can we do that?” And that was something that we definitely had to consider.

So first step was diving into analytics. So we started by looking at total sessions, but Bauer actually have two ways of getting to their site. You can either go from a branded site such as Empire Magazine’s own website or you can just go direct. So we had to look at the two audiences and see how those audiences behaved differently. We then had to consider non-converting and converting users. And this actually showed some interesting patterns of behaviour. Converting users usually had more page views, but that was because they had a multi-step checkout. So that was weighting the average of what users were looking at. But interesting, non-converting users there was a higher proportion of people on mobile. So it’s likely there was a mobile UX problem, and that we really had to concentrate on responsive. That audience was there it just wasn’t being targeted enough.

After we worked some magic in analytics, we then paired this up with a bit of user research, and we got some qualitative insights into what users were doing, identifying bottlenecks, and working on aspects that we could streamline. So now that we had a bit of research in place on how users were behaving, we had a look at the navigation and were trying to look at the site structure. This is what the navigation was when we first got it, and each of those links was basically a directory of more links. You couldn’t get to a product straight away. And a key aspect of the site which was confusing were their categories. So this was a list of categories, and there are 20 different categories for magazines. Some of those categories contained just a single magazine. That’s not a category, that’s just a name. So we wanted to combine sections and make it easier for users to scan. So this list, it’s not in any order, I would presume that it’s possibly done on popularity, but it’s difficult for users to know that. “How do I know that horse magazines aren’t your top subscription?” We needed to look into that.

We started moving around. We wrote down each magazine down on a post-it and started to categorise and grouping things by theme. So you can see here we’ve got the pink post-its which are the magazine, the orange post-it is what we were calling a sub-category, and then we had parent categories as well. And this helped us work out how to structure the site and guide users through. And to help Bauer implement this in the future, we helped with a naming convention. The issue that we often found was that there was a lack of consistency throughout the site, and so we wanted to help that so that if someone were to add a new page or a new category, they would know exactly where that category would sit.

We came up with “sub-category is a category”. Now it’s deceptively simple, but if you consider it, you’ve got “football is a sport”. That makes sense. I know instantly football goes in the sport category. You’ve got “gardening is a hobby”, and it’s the same thing. And use can just see how this naming convention works. And anyone can use that, be it ourselves here at RocketMill saying, you need this category or someone within the  Bauer team. It means they have the ability to do things independently.

Now we have a bit of structure sorted, we started making things pretty and getting some sketches going. So this was just looking at some overall layouts on how we can do things. And then we developed these into a more polished wireframe, so we can see how behaviour would adjust on different wireframes, and we even considered this responsively as it went down to mobile. We looked at things like sale icons and offers and how we can highlight those before then moving into designs. You can see here how the images really sort of pop-off. We tried to keep the design purposely neutral so that it works whether you’re looking at Empire, Grazia, or just another sort of Yours magazine. Anything should stand out on the page.

Then we made a prototype for Bauer. So this is an example of it and how it behaves. Bauer have actually been using this in-house for their developmers and their development team to help with communication on that. It was also really handy because it meant internally we could go, “oh there’s a problem there”. But it also meant Bauer could go, “have you noticed you’re missing this?” It just helped with communication about how the project was going. On here we’ve also can look at the navigation, and you can here how the structure of what we implemented earlier actually comes into practice and how users can instantly work out which magazine category they’re looking for and then find the title and click straight through if they want to.

Then we’ve got the page layout going on as well, so we can see the different medias that are available. You can actually find some content on the magazine. This was something that was potentially lacking, that original content that really helps with the organic listings. And then we’ve also got the integration of Feefo working straight on the page. So all of this was tying together to produce a consistent user journey that no matter where somebody lands on the site they can find what they want. So it would work well for a page campaign, but it also works well for those organic users who are coming in from the homepage and going through.

And then from here, we’ve also got an example of how the payment system would work. So how users can select the medium that they want, they can then click between them if they want to. They can view the different options that are available and then they can just add straight to the basket and get things going straight away. Bauer have been working from basically what we’ve produced, and have been testing it incrementally with A/B testing, and this helps them see the results as soon as possible. It minimises the risk just to check that everything’s all good with the audience. So looking back at the brief and seeing how we met that.

So Bauer are now able to efficiently monitor their customer journey. They don’t have as many bottlenecks, and if they do it’s now tagged up really well in analytics, so they can see where that is. They now have a way of highlighting other products, and they’ve been able to increase conversions through page layout and just other tactics that we’ve used. In particular we’ve got some data back from Bauer on this project and between March and November last year they actually noticed an 8.26% increase in conversions. That’s just with the functionality. They haven’t completed all of the aesthetic changes, so we’re hoping to see that increase in future as they progress with the design. Thanks. 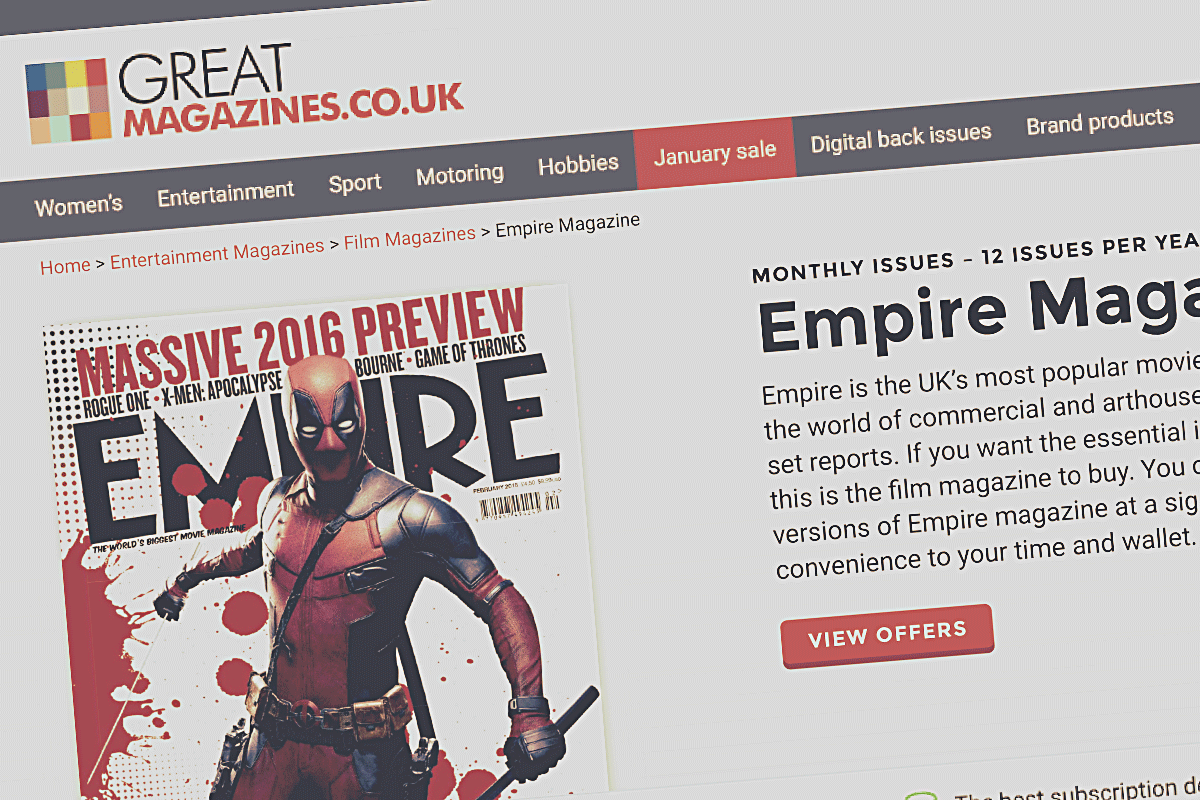