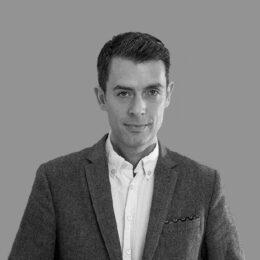 Are we paying too high a price for the free internet?

Good afternoon everyone. For the benefit of our external audience, my name is Sam Garrity and I’m the Managing Director here at RocketMill. This afternoon I want you to ask yourselves, are we paying too high a price for the free internet? And to help you along, I’m going to do a fair bit of scene setting.

The growth of the internet

Now, the internet was created as a counterculture to the then indisputable tech behemoths, such as IBM. These early innovators, these founders of the internet, were children of the flower power generation, and they shared a very aligned vision for what the internet could be. They thought it could change the world and that was their lofty goal, but in amongst those goals they had some more humble ones, such as us sharing more information with one another and connecting with more people.

Steve Jobs famously referred to the internet as something that could act as a bicycle for our minds. However, their socialist utopia was disrupted by capitalism. Following the subprime crisis of 2007, and the ensuing global economic downturn, and having witnessed the overnight success of businesses like Facebook, Wall Street turned their attention west towards Silicon Valley.

Now, the combination of this commercial acumen from Wall Street with the unique growth stories of businesses such as Google and Facebook fundamentally changed the culture within Silicon Valley. The internet was no longer a vehicle to change the world, it was essentially a platform for businesses to build an overnight fortune on.

This new iteration of Silicon Valley was like a nuclear arms race, and this race was all about users and engagement, something we still see today. Businesses needed this vast and dramatically growing audience, even if it meant as you can see here, operating at a substantial cash loss. And because it was all about engagement and driving audience numbers, they became scientific in their understanding of user behaviour, and they were changing experiences based upon their learnings.

The rise in internet addiction

As a result of this, many of us today are now addicted to certain media, certain platforms and certain devices. And the way they do this is they tap into the reward centre of your brain. If some of you have seen me talk about this before, apologies, but the reward centre in your brain is something called the nucleus accumbens, and essentially, it’s stimulated by all the good stuff; food, sex, money, social acceptance.

When you get a ‘like’ on Facebook or some sort of positive social affirmation, that reward centre of your brain is stimulated, and it makes these platforms or media choices really super addictive. But in the context of this talk today, much more interestingly, it’s been proven that anger is the emotion that drives engagement most and that’s because we experience a dopamine kick every time we experience the emotion of anger.

So, the internet gave us super addictive platforms and media all in pursuit of this engagement race. All we needed now was something to allow us to access it anywhere, anytime 24/7.

The introduction of smartphones

Step up the smartphone. This is a device that we now know we’re unlocking 80 times a day on average. Half of those times, it’s not sent you a notification, you’re just choosing to engage. We’re looking at it on average once every 12 minutes and, rather humorously, a recent study in America showed that one in four Americans would prefer to lose their voice for 24 hours than to lose their smartphone for that same period of time. So, what you’re looking at when you look at the smartphone is now the remote control to our very lives.

Finally, we got to this particular position with the internet in a very unregulated capacity. Thanks to Section 230 of the Communications Decency Act, a piece of US legislation, companies such as Facebook are deemed as platforms, not as media owners. That means they are not necessarily liable or responsible for the content that we publish on their platforms.

So that’s the internet of today. It’s unregulated, it’s driven by engagement, which makes it very, very addictive, and it’s free because it’s paid for by advertising.

The price of the free internet

My question to you all is, are we paying too high a price for the free internet? Personally, I believe we are. On a human level, we have fundamentally changed. We’re less able to concentrate as a result of these devices we carry around, and the media that we’re addicted to.

We think we lead blended lives where we’re super productive, but I would argue we’re less productive than we’ve probably ever been. Some of us are less able to simply talk to one another. I see people, not necessarily here, but going into meetings, and they’re waiting for the meeting rooms to clear, and they’re all on their phones. They go into the meeting room, and they look at their phones until someone has the courage to start the meeting. We’re not communicating with each other as much as we might. And others, sadly, are even ignoring their children.

When I began my career, just in the context of this talk I’m amongst colleagues, I worked on a big open floor like this. It was just as busy as we are today. And if my parents or my friends wanted to get in touch with me, they needed to phone the landline in our office. And we all had individual phones but often I wasn’t around, I’d be in a meeting or I’d be out and about. That meant my mum, for instance, would speak to my colleagues on a regular basis, and they would know my mum, and they would have a relationship of some kind.

Has the free internet changed society?

Now, on a more serious note, I also feel it’s changed our societies. We now consume content that, by and large, is personalised for us. And this personalisation is driven through algorithms. Now, what that means is your newsfeed on Facebook is driven by the things that you already like, dwell upon and share.

Now, to give you some context around that, let’s cast our mind back 20 years ago and imagine for a moment you are a white supremacist in the US. You would have to discreetly discover the people that lean in your particular direction. You would then probably meet them in the woods and chuck on a white cap. I reckon in those circumstances you were pretty damn sure that you lived in a minority of people that felt the way that you did.

In today’s world, in that same person’s mind, through the lens of their Facebook feed, for instance, they might well think that half of the world is aligned to their way of thinking. And that is dangerous because what it does is it legitimises each of our biases as a result. And what this has done, if you’d fast forward a while, is it has polarised our communities, and our politicians follow the votes. So now we have a decentralised, if you like, they’ve moved out of the middle ground. Our politicians are reflecting us, and this is seen with some of the results.

This global shift to us living in tribes, if you like, has changed the fabric of our civilisations. Closer to home, things like data breaches and fake news may well have combined to change the path of two of the most powerful democracies in the world, with Brexit and Trump. But further afield in cases such as Myanmar, it’s far more troubling. The UN there are investigating a potential genocide and are looking into the role of hate speech that was spread through Facebook.

So, the ‘weaponization’ of the web, if you like, here it may well change an election, but further afield it’s potentially costing lives. And some of the founders of our internet, they are now speaking out, and they’re expressing regret. Tim Berners-Lee has talked about the weaponization of the internet and many other notable contributors are doing similar. Even this week I noted that in the Apple keynotes for their worldwide developer’s conference, they spent a large part of the first 10 minutes explaining to us how we can use the iPhone less. This is topical, this is something bubbling away, and it’s a conversation we should all engage in.

What is the future of the internet?

Now, the oldest and simplest justification for a government is as a protector. Maybe it’s time for each government to fund an independent body to govern its domestic internet. In this world, websites and apps would need to apply for a license. That license could obviously be revoked if they didn’t meet certain ethical standards. All of those websites and apps would be deemed publishers, so they are wholeheartedly responsible for the content that they surface.

Their business model will be ratified. I’ll come to that in a minute because it will be controlled centrally by the independent body. The data that they’re collecting and sharing would all be governed, and they’d sign up to a code of ethics. Users, on the other hand, would also apply for a license, so it will be similar to television where you pay monthly for instance. That money would go into the government independent body and be distributed to the websites and apps that have a license based around metrics, such as impressions, dwell time, etc.

Because each user would need to be verified via unique identification, they would only surface content that was appropriate for them, that was safe for them based upon not just their age, but a whole bunch of preferences. Now, this model would, in my opinion, or could, incentivise better content. It would, in my opinion, encourage a more moderate use of technology. If it was set up correctly, it would go a long, long way to eradicating fake news, and it would further build upon GDPR with the protection of all of our data.

So, in summary, I just want to be really clear on this, I wholeheartedly believe in the ethics and vision of the free internet, but I also can see how our internet has morphed into something different, it’s become weaponized. And for the sake of our own sanity as humans, and for the sake of our societies, I believe it’s time that we all accept a trimming of our freedom online.

Thank you for listening.