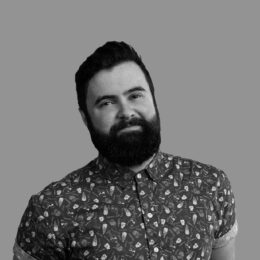 Using the power of emotion to help social change

Hi everyone. My name’s Scott and I’m a senior digital designer here at RocketMill. The thing is, with designers people usually find us quite friendly. We’re friendly folk, we often live in our own little designer bubble and we often wear funky shirts. But I feel our most commendable quality is our strong desire and passion to do good. We want to make things better for other people, to be heroes for lack of a better word. Today I’m going to show you how to use the power of emotion to help social change.

To quote David Bowie, “We can be heroes.” Now, my story starts with Mildred Hayes. It’s not a very happy story, because basically Mildred’s daughter was murdered. And I’m sorry to start off so darkly, but the police failed to catch the culprit and basically Mildred took it upon herself to challenge the authorities, to seek justice by renting billboards, asking why no one’s being arrested. Obviously, Frances McDormand won an Oscar for her role as Mildred in the movie Three Billboards. She’s quite a passionate woman, and her beliefs around this whole thing about her daughter being murdered were so personal, but you can’t deny that she’s a hero. She’s a strong woman who decided to inspire people. Even in real life, although the story is somewhat fictional, in real life people have used this story to help their marketing strategies.

On June 14, 2017 Grenfell Tower in London caught fire, killing 71 people. Now, a lot of people today, it’s over a year now, but a lot of people today feel like justice hasn’t been served and that the incident is still being ignored. Now, Justice for Grenfell, a community led organisation. Their main goal is to obtain justice for everyone who was affected by the fire that day. They were inspired by Three Billboards so much that they decided to do the same thing. Same three advertisements driving around London, and people emotionally connected with this in the same way they connected with the fire, whenever that happened. Those billboards reignited emotions and they reminded people to force social change.

Whether you agree or disagree with this message that they’re trying to say, because you’re never really going to please everybody, but you can’t argue that this is moving and it starts a discussion, and that is the power of emotion. Emotions are the most powerful tools that we can use as advertisers, and when they are used to their full potential, they become your super power, and you shouldn’t be afraid to use emotions to capture your audience. You can unite your audience with them like Mildred and Justice for Grenfell. Many of today’s creative ads use emotional connections to call for social change.

Examples of social change in advertisements

Everybody knows this ad, it’s mentioned many times in Forefronts, but this ‘Like A Girl’ campaign from Always was built around a social experiment to show the effect that a phrase Like A Girl has on society, especially girls pre and post puberty. P&G used this campaign to connect you with Always. You most likely either said, “You throw like a girl,” or you’ve been on the receiving end of that comment. And that ad has even made people think twice about using that phrase. And in my eyes, Always are heroes.

Using emotions to target diversity is considered a hot topic today in society, when you’ve got things in the news like Black Lives Matter, climate change and equal rights for LGBT. People are always going to have split opinions on those issues. And the same goes for our ads and are ad creative. People will challenge you, people will have opinions. But when it comes to diversity, there is a very fine line of getting that emotional connection, right?

Let’s take Pepsi. I’m sure you’ve all heard of the stories of this campaign where they featured Kendall Jenner, where she tried to make an emotional connection with the people by giving a Pepsi, giving a can of Pepsi to a police officer during a protest. Now the issue that I have with this ad, and many people did, was the way that they portrayed a protest like it was some sort of social outing. Like it was fun to be at a protest. But not to mention the fact that they cast Kendall Jenner, who was a rich, white cis, able-bodied woman. And she’s representing the people?

If that were a black man at a protest, things would be so much different. Of course, the ad sank, and people were quick to take it up on Twitter. According to Amobee Brand Intelligence, digital content engagement around Pepsi increased significantly to 366% the day of that ad first airing. But not all publicity is good publicity. 43% of that content engagement mentioned Black Lives Matter. 31% labelled the ad tone deaf. And despite defending the ad initially, Pepsi pulled the ad.

Now earlier this year Heineken also missed the mark. Their campaign, Sometimes Lighter is Better, was pulled for being, in my opinion, completely racist. I’m sure you can imagine what that was pulled for. But there have been times when Heineken have got it right. As part of their Worlds Apart campaign, and you may have seen this before, they took two people with opposing views and put them in a room together. The ad’s quite long, so I’m just going to show you a clip, just to set the premise of it.

The ad then goes on and the couples partake in a number of ice-breakers. It results in them building a bar.

You emotionally connect with the people in that ad. Will giving everyone a Heineken rid the world of morons? Absolutely not. They’re not trying to change your views on trans rights, climate change or feminism, but they’ve managed to make this ad appeal to a much wider target audience than the six people that are featured in it.

For example, you’re sat in a pub and you’re having a conversation with your mates and they start talking about Teresa May, and you say, “Whoa, whoa, whoa, whoa, hold on a minute. I don’t want to talk about politics, we’re in the pub.” But before you know it, you’re three pints in and you’re talking about Brexit in your local tavern with strangers. We’ve all been there and people can relate with this ad on that level, and we all have opinions on these issues. But I feel this ad is so successful because it’s less about the product. It’s more about that emotional connection, and you as a viewer with these people, you connect with them and you search for the same common ground in the way that they did in the ad, and it’s about starting a conversation. It’s not talking and listening, and it’s clever advertising in my opinion.

Just to sum things up, we can be heroes. We shouldn’t be afraid to use our emotions to capture users’ attention. It’s the most powerful tool that we have and we should use it. Don’t be afraid to ruffle a few feathers. Obviously, you don’t want to offend anybody unless you’re like Mildred and you want to pluck the whole damn bird. And three, use your emotions as your super power. Be a marketing super hero. Thanks for listening.