Hi, I’m Adam. I head up the paid media team here at Rocket Mill. With the Cambridge Analytica scandal that’s going on at the moment with Mark Zuckerberg recently appearing in front of the US congress. Thought it would be a prime opportunity to talk a bit about Facebook. During the questioning Senator Gary Peters asked whether Facebook used the microphone in your mobile device to eavesdrop on conversations and target ads based on what you talked about with your friends and family.

Now, before we go into this, let’s see what the man himself had to say on the subject.

[Gary Peters: I think an example of this is something that I’ve been hearing a lot from folks who have been coming up to me and talking about really an experience they’ve had where they’re having a conversation with friends, not on the phone, just talking. Then they see ads popping up fairly quickly on their Facebook. So, I’ve heard constituents fear that Facebook is binding audio from their mobile devices for the purpose of ad targeting, which I think speaks to this lack of trust that we’re seeing here.

I understand that there’s some technical issues and logistical issues for that to happen, but for the record, I think it’s clear seeing I hear it all the time, including from my own staff. Yes or no, does Facebook use audio obtained from mobile devices to enrich personal information about its users?

Mark Zuckerberg there, man of many words. So there we have it, straight from the horse’s mouth. So why do I hear people around this office and outside of here talking about how they’ve had a conversation about a product or service and then suddenly out of the blue they start getting targeted with ads. Now firstly I think the main reason this is a talking point and that people bring it up is that it feels a bit spooky. Feels like we’re being watched. I think the main reason for that is because essentially offline action appearing online is a strange thing. You’re thinking how have they linked those two things there.

How often is this happening?

So I thought we’d take a couple of examples from things I’ve heard people say in the office and dig into how they might have happened. So, first up, is Berty.

I believe you recently went to an event with the team. You went to see No Such Thing as a Fish be recorded. Great podcast if anyone doesn’t listen to it. You didn’t buy the tickets? I believe that was Ian maybe who bought the tickets? So you went to the event, then the next day you were getting ads from the dome on Instagram for other events at the Dome. Is that correct?

Okay. So that’s one example. Second example, we’ve got Carmen. Carmen recently bought some M&Ms in a local supermarket. Great choice in M&Ms by the way. Crispy M&Ms, definitely the best M&Ms. Then later that day on Instagram she’s getting ads for M&Ms, peanut M&Ms probably the worse M&Ms. It’s quite mad that’s even possible. So how do we explain it? So, I think firstly one of the things it could be is the frequency illusion, which is, this is a cognitive biases. This is where you come across something seemingly obscure for the first time and then suddenly you start hearing about it everywhere. It’s probably happened to everyone in this room at some point.

A great example, a common example of that is when you buy a new car you think you’re unique in your purchase and that you’re going to standout from the crowd, but once you bought it suddenly you start seeing that same car everywhere. It happens because our brains love patterns and when patterns start to form we overemphasise the importance of those patterns whilst ignoring the millions of other pieces of information that we receive that don’t form a pattern. So the frequency illusion might explain why we pick up on it. But not why that ad was delivered.

How does this work?

So is it just a fluke that it’s happened? Well I think a lot of advertising isn’t particularly targeted well. Most of the messages we receive on a daily basis won’t resonate with us. This is especially true of broadcast media. Things like traditional TV or that maybe has a different job. So when we come across a smart campaign with effective targeting seems out of the ordinary. But bringing it back to Facebook and the examples from earlier, how can those brands have achieved such effective targeting linking offline real world actions to online ads.

So let’s start with Berty’s example. So how is Brighton Dome showing you ads for future events after attending a previous event that you didn’t purchase the tickets for? I think the main thing probably at play here is location targeting. I think effective location targeting can be incredibly powerful. Especially for brands with stores or physical locations. On Facebook, it’s possible as well as city and post code targeting it’s possible to build an audience of users that have previously visited one of your stores. It’s only available through being white listed and you must have multiple locations as well. But it’s possible to re target users.

It’s limited to visits within the last 30 days as well, so it’s quite a recent audience. You can see how if you took that audience people who’d been near or within your store in the last 30 days and you started to layer that with maybe some basic demographic information, things like age, maybe salary, interest groups. I think the Dome probably doesn’t need to go to that extent, but maybe age. You suddenly start having a very relevant audience for what you might offer to people that have been in or near you location before. If you’re a brand that doesn’t have access to store visit audiences you can get really tight with post code and radius targeting as well. So you can see if you know where the Dome is in Brighton, that’s a pretty tight essential audience around that and you can pick people who live within that or just people who have visited recently.I think that’s one way that maybe we could explain that your trip to the Dome maybe might have started triggering ads to your location.

Second example, Carmen, so how were you being targeted with M&M ads after buying a product in store? I think this one’s much trickier. But I think can probably be explained by Facebook’s data partners and specifically the use of purchase behaviour data. One of those partner’s Oracle, they monitor behaviour in supermarkets, purchase behaviour in supermarkets and other locations. They collect product and brand’s data from top supermarkets and shops. Alongside personal information from store cards, loyalty schemes, payment methods. They then share that data with Facebook and you can see how easily Facebook would then be able to categorise you based on brand purchases or product purchases.

So quite easily you could create an interest group for people that are interested in M&Ms for instance. Oracle isn’t the only data partner that Facebook partners with. They’re multiple providers that all take offline and off Facebook information, share that with Facebook so they can enrich their targeting. However, due to the recent scandal and the questioning the audience just provided by the data partners are going to start being removed from October this year in a bid to increase transparency and make it easier for people to understand where Facebook’s getting its data from. So Carmen, you might stop getting such targeted ads soon.

Then there’s a third thing that I wanted to talk about as well. So, interest by proxy. So this might explain the instances where you’ve been nowhere near a store, you’ve never been to the website, you’ve never messaged anyone about it, but someone’s family member or a colleague mentions a product to you and then suddenly you’re starting to see ads. So no digital connection. In those cases, when someone’s having that conversation with you chances are they’ve interacted with that product or brand previously. They may have even purchased it. For you it might be the first time that you’ve heard of that service or brand, however you may end up being grouped into their target audience as interest by proxy.

To give an example of this, so, linking it back to Facebook. Facebook started testing household marketing mid 2017 that allowed advertisers to target households as an extension of a target user. So it works similarly to lookalike audiences where you provide an original audience of people, so maybe people have visited a website, and you expand that to other users that live in the same house. It uses relationships statuses on profiles, common last names, home locations, activities and where people log into the internet. Incredibly effective if you’re selling a service that has group benefits like a family subscription to Netflix or a family gym pass where you might want to target people that live together or spend a lot of time together. This isn’t available in the UK yet but should be getting rolled out soon hopefully.

So that’s also a process that used by many data providers that they use when building audiences. It can be used in display targeting and on other platforms. In this instance, it can be expanded to work places as well, not just homes. So where multiple people are in the same location using the same network suddenly you can build relationships between two people because they spend a lot of time together and they’re connected to the same networks. So those audiences could work really well for personal products as well not necessarily things you would share. But brands can build an audience of users who’ve purchased your product and target users in the same household or workplace that might have had exposure to that product for other people who might want to try it for themselves.

So that’s a way that essentially data providers are doing that as well. So there’s three quite simple targeting methods you can implement on Facebook using geolocation data, purchase data, potential interest by proxy as well that may have users thinking that you’re listening to their conversations, which we know isn’t true. That’s it, thanks for listening. 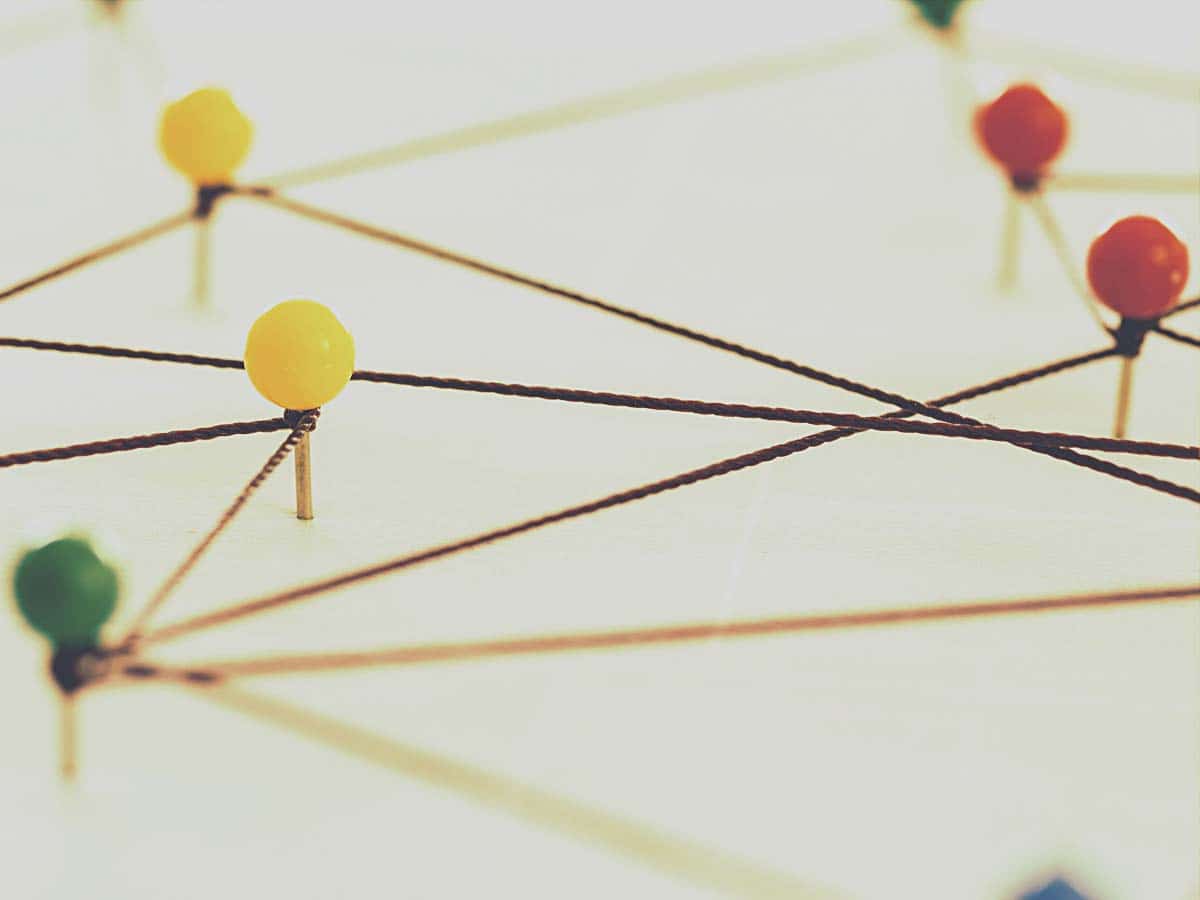