How to appear in YouTube 'Suggested Clips' on Google

How to appear in YouTube 'Suggested Clips' on Google

Nine letters, rearrange them into a word while I tell you about a new piece of video clip-related news from the SEO industry. This month’s presentation is called: “How to appear in YouTube ‘Suggested Clips’ on Google”.

I want to alert you to a new opportunity to get traffic to your YouTube videos from Google organic search. It’s something called “Suggested Clips”. It’s something which we’ve seen in the wild. In this presentation, I will be talking you through the following things:

So, let’s kick off by answering the question of: “what are YouTube Suggested Clips?”

YouTube Suggested Clips are a new way to feature part of a video, directly within a set of Google search results. They play back the most relevant section of a video, in a light box – that’s when you get the pop out with the semi-translucent background. The user does not need to leave the results page on Google to see this video. They build upon the existing featured snippets which appear in many Google results nowadays.

Just a recap. Here’s a typical featured snippet. We’ve seen about these for a while. At the top of the search about how to apply eyeliner, Google has highlighted the answer to a question at the top of page one, and it’s really, really clear. No need to click through the page to get a feel for what you’re going to get when you arrive. If you do, you arrive at Real Simple, and how have they managed to leverage a featured snippet? Well, they got a featured snippet by having, quite simply, semantic markup. So, their guide is called “how to apply eyeliner”, and they’ve used a semantic H2 tag for the text “follow these steps”, and then a semantic ordered list item for each step of the process along the way. It’s just an OL to open it, and then a list item one, two, three and so on.

Now Google finds this both informative and easy to pass, and therefore it rewards realsimple.com with a featured snippet. Interestingly, Google didn’t find any useful imagery on that page, so it’s pulled through a photograph from a separate website. You can just see it there, stylecraze.com. I’m not sure how Style Craze will feel about a competitor gaining traffic from their image, but ho hum, that’s modern SEO.

Compare this to a YouTube Suggested Clip. Now, the first page of Google search results is dominated by a large inline video. You can see it right at the top there. Below the video, which has a white line drawn along its timeline, a blue box says: “Suggested Clip” alongside a duration – so in this case, 24 seconds. Pressing play opens a light box and plays back the relevant portion of the YouTube video.

Hopefully, I can give you a little demo.

Meow indeed. Did you notice how at the end of the section, which was relevant, it said end of Suggested Clip? Showing that, not only does it recognise the start point that’s relevant to you, it also recognises the end point. That’s very, very interesting.

And if you are creating video content for SEO – and if you’re not, you probably should be – then this is really big news. Suggested Clips will have the power to show users your YouTube videos directly within Google results. They dominate the first page, and they’re certain to have a massive click rate, albeit not a click through rate. More of that later.

How does Google choose Suggested Clips?

No doubt you are impressed and want your brand’s videos to dominate conversational search results. So, now we need to work out, how does Google choose YouTube videos to feature? How do they know which portion of a video is the most appropriate part to show as a Suggested Clip?

Welcome to the world of SEO, because the honest answer: no one really knows. The feature is so new, we haven’t had much chance to experiment with it, and there’s a bit of speculation in the wild. Moreover, while Suggested Clips have been designed by humans, their algorithms will doubtless involve machine learning, so even the feature’s creators probably don’t know everything that goes into choosing a Suggested Clip. But we work in SEO, so we’ll have a damn good go at having a guess.

Our current suspicions are that Suggested Clips are triggered by the following three things:

If you’re interested, these metrics are already being tracked in many cases. For example, YouTube has this report, which shows audience retention for your videos and the key drop off points. So you can see how people, for instance, tail off at the start of our videos. Maybe they realise it’s not relevant for them. Then they tend to hold, and then towards the end, when it’s our kind of closing screen and they realise they’ve got the main gist of it, and it’s just going to be the logo slide and so on, they probably want to leave.

How to optimise for Suggested Clips

The tips to optimise for Suggested Clips are, firstly, choose a concise name for your YouTube video informed by keyword research. So, good data sources for this are going to be the AdWords keyword planner, SEMRush, answerthepublic. Don’t use abstract video names. Instead, pick a short conversational title that matches or includes the highest volume key word variant.

Secondly, don’t leave your YouTube video description blank. It’s a massive missed opportunity. Fill out the description. Don’t stuff it with keywords, but include natural language variants and other supplementary words.

Make sure you only target one topic in each video. If you want to create multiple videos on the same theme, then group them with YouTube playlists. Playlists are a way of making associations between videos, but they allow you to skip directly to the video which you want to see. If you use a round-up video, then you can’t focus your video on the key words around one topic, and moreover it will be harder for users to skip ahead to the content which interests them.

A good example, it would be better to do a video called: “How to change your spark plugs” than to do: “The complete guide to servicing your car engine”.

Next up, this isn’t Hollywood, so minimise your opening title sequence. No one needs a spinning globe. A short, animated logo, sure that’s fine. We use one ourselves, but much more than that and you will lose users attention, and they will drop off. There’s a good reason why Zoella doesn’t have a title sequence. She’s speaking to tweenagers, and goodness knows they have no attention span at all.

On the same note, if you need to include a message to your audience, move it to the end of the video if you possibly can. Now that includes sponsor shout outs, reminders to subscribe, general channel updates and information. The majority of users couldn’t give a toss, and they will skip ahead or get bored and click elsewhere. Better still, you could move those messages into separate lower priority videos, and that way they won’t spoil your metrics.

Finally, make sure your video has got closed captions and check that they are accurate. YouTube will try to generate closed captions automatically for you from the audio in your video, but particularly if it’s not very good, it can contain some quite significant mistakes. That’s also true if you have industry jargon. So, if you use any short terms or just language that’s not common, not dictionary terms, you can find that’s full of mistakes. It has to be said this isn’t just an optimisation for Suggested Clips, it also benefits accessibility which is, of course, what subtitles were invented for. And there’s a little summary of all the key points.

How to drive traffic from YouTube to your site

Now the downside of Suggested Clips is they’re going to keep viewers on Google results and then possibly drive them to YouTube, and neither of those are your website, and that means if you don’t leverage them well they offer zero traffic for you. How can you wrestle that control and drive users to your website from YouTube Suggested Clips, and YouTube in general, I guess?

My top tips are, firstly, to add a link to your website from your YouTube video description. You can also link to your other social media platforms and related properties. Top tip, which lots of people forget, make sure to include http:// or https:// at the start of your URL, otherwise it won’t be a clickable link. Although they’re no-followed, it just makes it that much harder for a user to actually go to a second site from the YouTube video.

Secondly, make sure you take advantage of YouTube cards and end screens. Now, these replace the traditional YouTube video annotations, which were the big ugly boxes you used to get all over videos. They weren’t mobile friendly or indeed particularly pleasant at all. To activate these, they’re a new replacement to that feature, you just need to connect your website with your YouTube channel and then you can add cross device links from your YouTube videos to your approved site, as well as doing stuff to encourage people to subscribe to your channel and to view related content. The end screen courtesy – and when I say courtesy I nicked it – from Tom Scott, who is just the best YouTuber. He does really, really good science videos. Really, really interesting guy.

Finally, use the watermark feature to overlay your logo on your video. So, this is from Car Cleaning Guru, which I heartily recommend. It’s not a link for your website, but it is a link to your YouTube channel and an encouragement to subscribe. Once you have several on your channel page, you can offer additional messaging and try and coax them to follow your will. But if all else fails, just consider monetising a YouTube channel. Brands need to think carefully whether they want to risk competitors bidding for pre-roll clips on their videos, but if you are a content publisher or producer, it’s some means to supplement your advertising revenue. Who wouldn’t want to do that?

That’s all for today. Thank you. 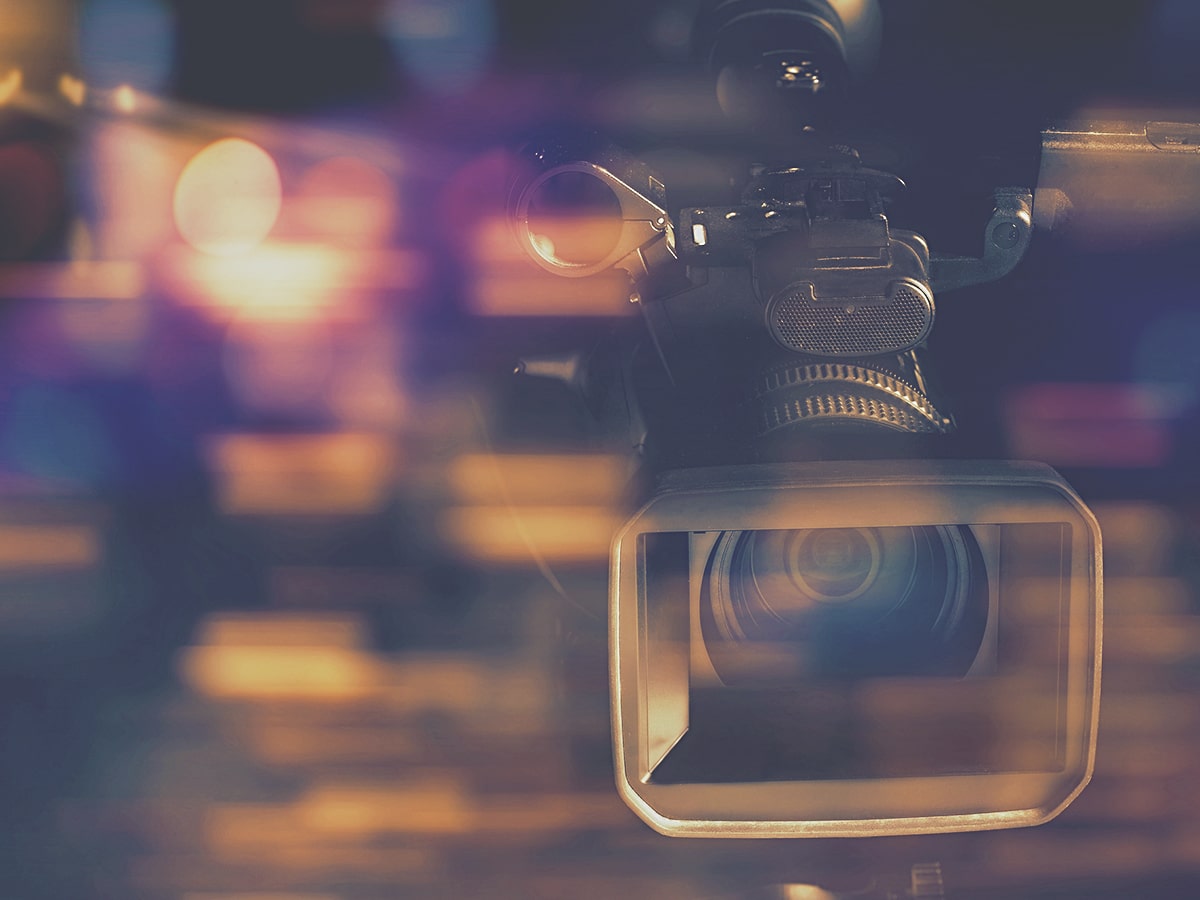