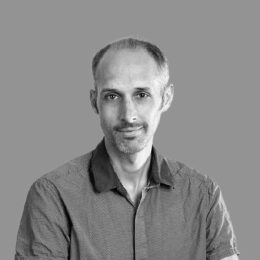 Hi everybody. I’m Neil from the Data and Insight Team, and today I’m going to share some new insight into digital analytics, which is ‘Google Analytics without Google Analytics’.

So, if we cast our minds back to 2012, Google stated that there were as many as 10 million websites utilising Google Analytics. Now, does anyone want to hazard a guess of what the current levels are?

Not quite 100 million. In fact, it has increased. The current estimates are that there are 30 million websites using Google Analytics.

Is Google Analytics the right place to analyse your data?

Now, if we cast our minds back to 2012, the Google Analytics interface looked a little bit like this. Essentially, it’s a set of pre-defined reports down the left-hand side. If you were to click into any of those, it will give you a trend chart like you see here and a table where you can export data out, and you’ve also got the ability to segment and create your own customer reports as well.

Now, if we fast forward to 2018, not a great deal has changed. Sure, there’s been a few cosmetic changes – we’re seeing a bit more grey than orange – but essentially it’s the same thing. So, they have pre-built reports down the side, you’ve still got your line charts and you’ve still got your table where you’re exporting your data out.

The interface is limited

This gives us an interesting predicament in terms of the world of digital analytics, and the reason for that is over the course of the last six years the data behind the interface has been increasingly valuable. As we all become more data-driven as marketers and performance-driven as marketers, the commodity of this data is really high. However, I believe we’re at a point now where we’re being vastly restricted by the Google Analytics interface. It clearly hasn’t moved over the last six years, and I’d argue, if anything it’s more of a hindrance than a help. But fear not, there is good news.

How to analyse data outside of Google Analytics

Data can actually be analysed outside of the Google Analytics interface. Quite often, a lot of businesses just don’t know that, so today I’m going to talk through a few areas how you can get started on this journey of moving away from the interface and visualising the data the way that you want to see it.

Now, this gives you loads of opportunity in terms of automating your reporting and making your day-to-day job just that little bit easier, and there are many different ways that you can utilise this. One simple example could be something like this, where I’ve created a daily alert report which automatically updates on a day-to-day basis, and we’re looking by channel at traffic, revenue, transactions and conversion rate to see if there’s been any changes. So, from this data we can see if there have been particular channels that have been very effective, or actually it might help with anomaly detection as well.

Imagine trying to do this sort of data in the interface. It would often involve you running two or three different reports, having to manually extract that data into a tool like Excel or Google Sheets, and then manually creating a visualisation as well. By this approach, we can take a lot of that manual element out, make it a lot more automated, but more importantly we’re just getting the right data in front of the audience, rather than the audience having to go into Google Analytics and try and find their way around to get to the data.

Now, once you’re comfortable with this connector between Google Analytics and Google Sheets, which is really easy to set up and very quick to get going on, a good natural next step from there is to utilise the Supermetrics Connector.

Supermetrics is a tool which not only allows you to bring in Google Analytics data, but also allows you to bring in data from other sources, for example DoubleClick, Adwords, Facebook or even YouTube. A Supermetrics Pro licence is around $99 a month, but it’s a good natural extension if you want to be bringing more and more or your data into Google Sheets, as part of this process of automating and getting away from the interface as well.

What are the benefits of using Google Sheets?

So, from talking about this, there are some clear benefits to move away from the interface and to focus on a tool like Google Sheets.

First and foremost, it saves time. We can do a lot of things in an automated way, which means we spend less time copying and pasting and more time actually looking at the data and trying to get insight from the data, which I feel is really important.

Brings multiple sites into one place

If you’re a business that owns multiple websites, this is a really great tool because you can bring all of that data into one place, whereas within the Google Analytics interface, you’re having to analyse websites in silos, which can be incredibly frustrating if you are a multi-website business.

Another great example, as well, is you can leverage the Google Sheets sharing and privacy features, so you can give access of this data to people that don’t actually have access to the interface itself, so it really helps with that as well.

One really key consideration is that it only showcases the relevant data. You’re not going into the interface trying to find what you want to find. That data’s already there. It makes the job so much easier for everybody.

For the analysts amongst us, this tool’s great because it allows you to export more data than the interface allows. So, within the Google Analytics interface, you can export 5,000 rows in one go. With Google Sheets you can export 10,000 rows in a go, but also you can scale queries up really, quickly, so it’s a great way of being able to export lots and lots of data in a very automated and a very quick way as well.

The great thing is, this doesn’t have to cost you a penny. If you use the Google Analytics connector, that’s free to use, so there’s lots of gains to be had there.

How to leverage BI software

What I do appreciate though, it isn’t a one-size-fits-all solution. Imagine if you’re a particularly big website with lots and lots of data, Google Sheets might not be the best solution for you. Or alternatively, you could be a company that’s already using Google Sheets and thinks, well, where do I go from here? Well, we can take this to the next level by leveraging BI software.

Now, there’s a number of different tools out there which can help. Here are just some examples, but if you’re starting out on your journey here I would recommend focusing on either of these two tools: Google Data Studio, which is free to use – and also Google are putting a lot of focus into developing this product, certainly over the last year or so – or Microsoft Power BI. A Power BI Pro licence is as little as $10 a month. Both of these tools have really great data processing capabilities, allowing you to bring lots of data into these tools, but not only that, they allow you to visualise the data in really quite beautiful ways.

Here’s an example of something you could do with something like Data Studio. Here, we’re bringing in lots of relevant data to the business in one place. If you see at the top, you’ve actually got the ability to start slicing the data. One of the key advantages of these tools is it offers the opportunity for exploratory analysis, starting to answer those why’s and those how’s within the dashboards themselves, which is really important.

Power BI is very, very similar as well. Lots of different types of visualisations far beyond what something like Google Sheets or even the interface could offer. So it’s a really engaging way of bringing the data to the audience.

The benefits of BI software

You’re maybe thinking well, why use BI Software? Well, there’s loads of advantages behind this.

First and foremost, we can pull more data sources into tools like this, so it’s not just about Google Analytics. You might have data from your CRM or internal data. You can bring that data in very comfortably and know that the tool itself can process huge volumes of data with relatively little effort.

You’ve got the increased processing capabilities as mentioned, but what’s really key with these types of dashboards is it offers that exploratory analysis. You can start answering the why’s and the how’s yourself, and start to drill deeper and deeper into the data all through one tool, rather than to have to run multiple reports within the interface. This leads to you unlocking new insights and helps you to stay competitive and ahead of the game.

Google is focusing on it

As I mentioned, Google’s putting an increased focus on Data Studio, which suggests to me that that’s where the industry as a whole is heading. It’s moving away from the interface and to tools like this moving forward.

People will move away from Google Analytics

So, in terms of where we are now, if we take those 30 million websites that we talked about at the start, I believe it’s set up something like this. The vast majority of businesses will be using the Google Analytics interface to look at their analytics data. Relatively few websites will be either utilising Google Sheets or some kind of BI software.

Now, I strongly believe we’re at tipping point here and there’s going to be some serious movement over the next 18 months to two years.

I’m going to make a bold prediction here and look at there’s going to happen in the next five years, and I think this is what it’s going to be like in five years. We won’t have a Google Analytics interface. The data behind it will be highly valued as it currently is now, but what we’ll be doing is essentially talking that data and plugging it into other tools, so that we can visualise the data the way that we want to see it and the way that’s most engaging for us as a business.

Why is this important?

So, you may have thought well, why am I talking about this why is it important? I think there are two key principles which underline all of this.

Getting data in front of the right people

Firstly, all of this is about getting the right data in front of the right people at the right time. So, by either building something in Google Sheets or building something in a BI dashboard, you’re doing just that. You’re not giving someone access to the Google Analytics interface, and them guessing or finding their way around those pre-built reports. You’re putting the right data straight there, which makes it really easy to analyse and just takes all of that pain away.

Secondly, I believe it’s about making the data engaging through exploration, leading to new insights. So, it’s having that ability to drill and to filter, to start answering those questions, and I think both those elements combined are going to this to a new level, move away from the interface and use these types of tools to get brand new insights.

That’s it. Thank you.