My name is Sarah Rudder, I run a learning and development agency called Ginger Dog. I’m absolutely passionate about unleashing potential and developing people and I’m delighted to be working here at RocketMill as your resident company coach.

Today, we are exploring unconscious bias. So, give me just a show of hands, who here would they admit that they are biassed? Okay, good. That’s great, we don’t need to do anything else. Job done. I thought we’d start with a little activity that will give us a chance to test this out, this idea of bias, and the impact that it has on us. We’re going to do a short activity that comes from a Harvard project, called Project Implicit, and I’ll give you the link for the website later on. So, if you want to find out a bit more, or you want to test yourself in different ways, then you can do.

We’re going to do a test altogether, it requires audience participation. I suspect you’re probably quite good at that. So, what’s going to happen is a series of words are going to come up on the screen. They will relate to either male or female. Your job this afternoon is to say left if it’s a male related word, and right if it’s a female related world. Did everybody get that so far? Yeah? This is the easiest one by the way, it gets more complicated after this.

Let’s give it a whirl and see how we go…

Okay, so this time around exactly the same job for you to do but this time, we’re looking for subjects that are either arts or sciences. So, for instance, if the word history comes up, that would usually be classed as an art subject. Maths would be classed as a science type subject. Let’s give it a whirl, see how we do…

Great, okay. One more to do. So, now I’ve complicated it slightly, you’ve got male and arts on the left, and female and science on the right. Here we go…

Okay. How many people here found that last one the most difficult one to do? Yeah? Why do you think that is?

Bias decides. Why does bias decide?

We are processing 11 million pieces of information at any given moment, but you can only process consciously 40 pieces of information. So that’s a whole lot of unconscious processing that’s going on. The way that your brain has evolved to do that is it’s spent all the time that you’ve been work out patterns and links and connections and creating rules that make sense to it.

So, in your brain, the rule that makes sense is that female and arts go together more easily, more comfortably than male and arts, or female and science.

While we would consciously, I’m guessing, none of us would say women can’t do maths, or men are rubbish at history. There is a rule that’s already been created through your life so far in your brain that says those things don’t fit quite as comfortably as the other things. Yeah? So it makes it more difficult, we have to think more consciously about the decision that we’re making, because it’s not the comfortable obvious one for our brain to do.

Okay, so here’s the thing about unconscious bias. The first thing is it’s natural, your brain evolved like that to keep you save and to help you function. So, it’s a natural process it goes through. It’s not intended. As I said, none of us here would say actually, women can’t do science subjects. And actually, even if we get women who are working in sciences to do this test, they still struggle with it. There’s still that slowness of the brain connectivity.

This is an unintended thing. The important thing that we need to notice is that it impacts our decisions. We’re making unconscious decisions all the time without noticing, and we need to become more conscious. And we’ll talk a little bit more, I’ll give you some examples of that in a second. But it can be mitigated against, and so when we get towards the end of this session, I’ll share a few ideas about how you can start to overcome some of your unconscious bias as well.

Bias with CVs and resumes

So, is Emily more employable that Laquisha? Not on paper, no. But, this study showed that when they sent out exactly the same CV, some with white names let’s call it on one CV, and the other CVs with Asian and African names, it took 50% more CV applications for people with an African or an Asian name to get an interview. Exactly the same details on the CV. Interesting stuff, right?

I met somebody recently who had experienced exactly that, exactly that. She spent six months trying to get a job. When she used her middle name, which was more English sounding on her CV, within two weeks she had an interview. Unbelievable, yeah?

It also happens with male-female, so there’s another study that shows that when people were applying for a science lab manager position, the male candidates, again same thing, exactly the same CV, but with a male or a female name attached to it, the male candidates were deemed to be more capable, more competent, and would’ve been paid more by the hiring managers when they were asked for feedback.

This is what I’m talking about when I say it impacts the decisions we’re making. Now, I bet you if we went and spoke to anybody that saw any of those CVs, they would not have been anyway conscious that they were making a decision based on a name. They’d have given you a whole load of other reasons why they didn’t want to interview that person. It’s an unintended consequence of our bias.

One research piece showed that when iPods were being sold on eBay the colour of the skin of the hand that was holding the product made a difference to how many offers they got. If it was a white hand, they got 21% more offers for that particular product. I can see some of you kind of shaking your heads, and some of you going yeah, absolutely, that makes perfect sense to me. It’s not comfortable information, is it, to take on board?

One last example. So, Google Doodles, I’m sure you guys have all seen them. Google celebrate scientists and inventors and adventurers on a regular basis. In 2013, somebody drew their attention to the fact that they were mostly celebrating male achievement. So you can see in the pie chart there. Interestingly enough, the team that put those Doodles together are at least 50% women.

So they’ve been much more conscious about their decision making around those since then, and now if you were to take time and do a study, you would discover that it’s 50:50 across the year, male and female.

How to become more conscious

So, four ideas for you before I wrap up, of ways in which we can become more conscious because this is what it is about. Yeah? It’s about actually how do I overcome that unconsciousness and become more conscious in my decision making? Because these types of decisions that we’re making are impacting who we’re recruiting, who we’re promoting, who we spend our time with. And ultimately the diversity of our lives and our work teams and the businesses in which we work.

So, first one. Question your first impressions and the decisions that you’re making. Take a moment. Be more conscious about it. Why have I decided that? Is that the right decision? This is a really helpful one.

Flip it to test it. So, I recently heard from a woman who had been overlooked for a talent programme because she’d just come back from maternity leave, and her employer thought she wouldn’t be interested in the travel involved in that talent programme. Flip it to test it is where I go okay, so if that person was a man just come back from paternity leave, would you be thinking the same thing about them? The answer typically is no.

So, flip it to test it. Test it out, if you flip it over, does it still make sense to you?

So, if you would like to find out more, there’s some link and I’m sure this will get shared with you guys afterwards. The first one there is the project implicit, so you can go on there, you can test your bias around height, weight, gender, race, age, all of those things, and find out a little bit more about where your biases sit. And I’ve also popped up there a couple of books that tell you little bit more about unconscious bias, and about how your brain works in terms of thinking fast and slow.

So, I hope that you found that useful and interesting. And if you’d like to find out more or if you need to contact me, my details are up on the screen. So, thanks very much guys, and I look forward to meeting you all soon. 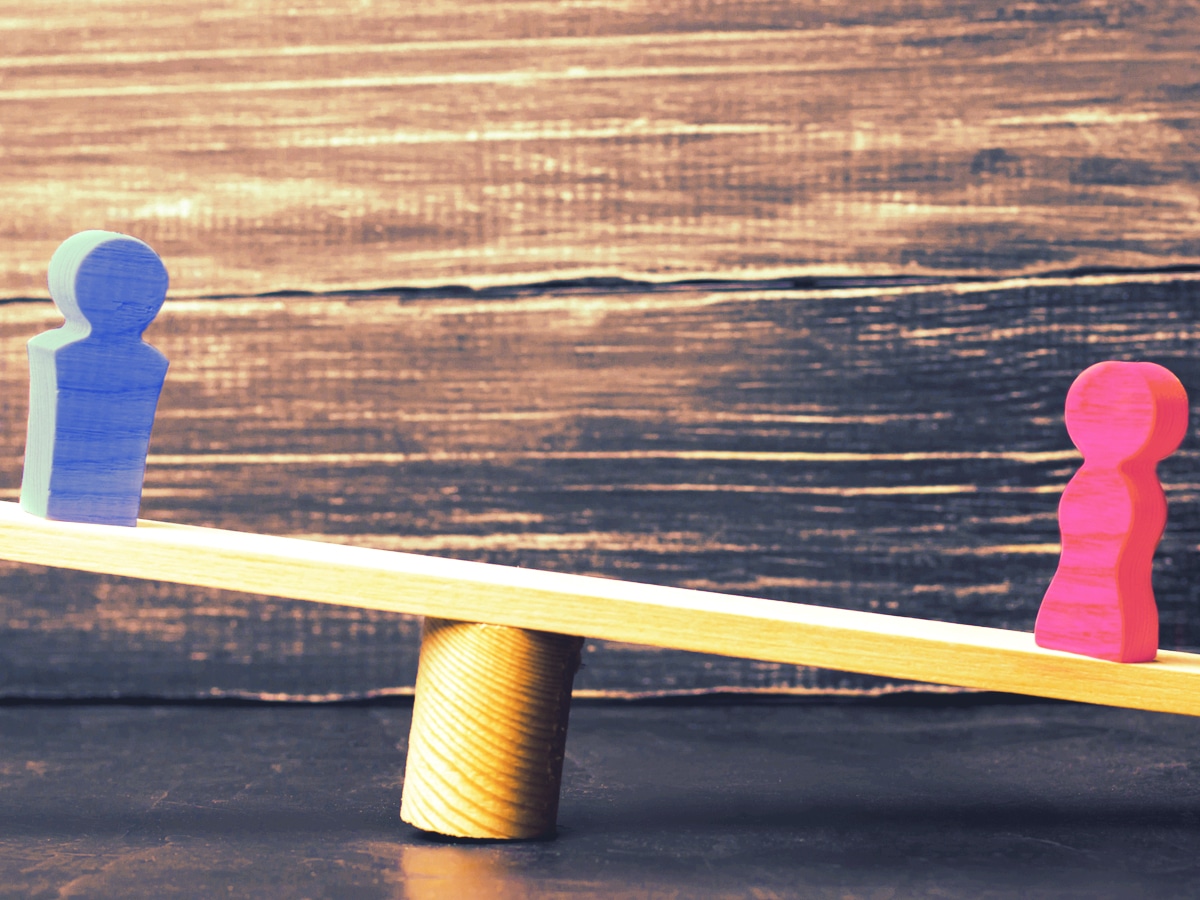