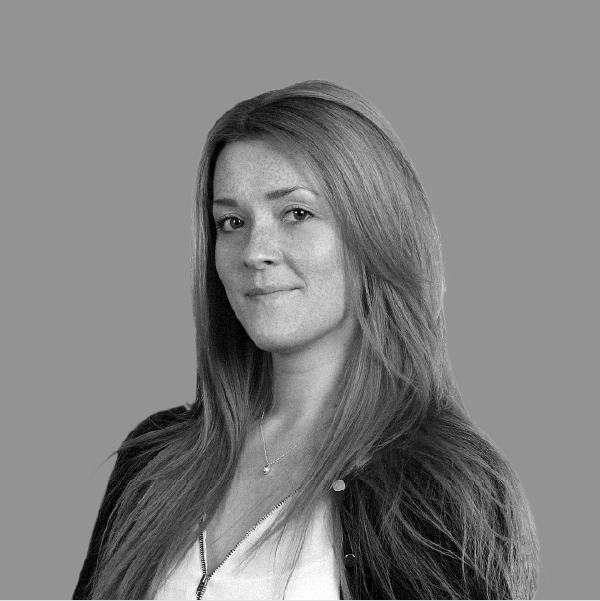 How to boss brand reputation management

Hello everybody. Today, I’m going to speak to you about how to boss brand reputation management. Now, I don’t know if you all know this, but I actually used to be the Brand Reputation Manager for a very reputable travel company…which actually went bust six months after I left them – but I actually think that’s kind of reason for you to listen to what I have to say today.

Why does brand reputation management matter?

So, a little bit about what brand reputation management is and why it matters.

I’m going to kind of demonstrate here. I think as individuals, and as brands, we all think that we think we know what people think of us. But, when you then actually ask people, sometimes it turns out that the answers are actually a little bit different.

The importance of asking for feedback is that, not only can you get a better understanding of what your reputation actually is with people and with your customers, but also you can start managing it. You can start playing to your strengths and you can also start understanding what your weaknesses are and then working towards those. And I’m not changing the colour of my hair!

Tips for managing your brand reputation

I’ve spoken to a lot of brands recently that have said they collect internal data. They speak to people with surveys, they ask people for feedback, but they do it all internally because they think that review platforms are too tough to manage – they require too much resource, they require too much budget.

The problem is, review sites, they’re not going to go away. If you ignore them, these channels will just fester as a place for hate. They’ll become a haven for negativity and, basically, they’ll just become full of all this negativity and you’re never going to be able bump that down.

Let me demonstrate. Can someone tell me what that is?

The sun. Yes, it is the sun. Or if you’re British, it’s also the bane of your life.

People like to moan, right? We know this. We moan so much that we even write news stories about how much we moan. So, you’d probably find it quite surprising if I actually said to you that some people like the sun, because the general consensus out there is actually it’s something that’s not that great.

This is exactly what can happen with your review channels if you leave them to fester on their own. So, you need to embrace channels like this – Trustpilot, Feefo – ask for feedback and bump some of that negativity down. Don’t keep it all internal.

So, some of the good things about using review channels:

2. Think about your response before replying

Tip number two: consider your responses. I could probably talk at you all day about the dos and don’ts of what you should say in review responses; I’m just going to cover a couple here.

Number one, don’t use templated responses. This I took off of the easyJet Facebook page yesterday. As you can see, every response starts with: “Thank you for your post”, “Thank you for your response”, “Thank you for your reply”. It just seems really robotic. Obviously, there are times when the severity of an issue means you do have to be quite formal, but I think you should just judge what the actual issue is before replying and then just actually talk to people as a human and not as a robot.

On that same kind of note, it’s always good, I think, if you sign off with an actual name and not the brand name because then people can actually feel like they’re talking to a human and not talking to a robot.

So, number two, keep calm and apologise. Do not take notes from this guy, and get all sweary on your customers if you don’t like what they have to say! The customer is always right, or at least they’re going to think that they’re always right. The best thing to do is take a step back, breathe and then go back with a response. You will have to apologise, even if you don’t think that what you’ve done is maybe as bad as what they’ve said it is, but then that’s where there’s kind of room for honesty, but in a professional manner.

Reply publicly, but aim to get it offline. I really like this response because I just think even the: “I’m all over it Judy”, just sounds a lot more personal than “Thank you so much for your post”. But because of that, it’s kind of made it a lot easier for them to build that rapport to get the person offline. That’s always loads better than having kind of trails and trails of comments on a post.

Also with this, I’d even say that if you then did sort out the issue offline, it’s even good to go back with a comment and say: “I believe this is now sorted, but let me know if you need anything else”. So, kind of clarify to everybody else that this has now been sorted.

Finally, respond to everything, even the positives. I think it actually looks quite bad when a brand only focuses their resource on replying to the negatives. These guys are essentially your brand advocates, so you need to look after them as well. If they’re saying something nice, then pass on the feedback. In this example, the reviewer has actually name-dropped a server and the respondent’s actually gone back and said that they passed on that information. Not only are you nurturing that relationship with the customer, but you’re also going to have really happy staff because you’re passing on all the good feedback.

So, tip number three: action the feedback. When we get new clients on board we quite often say to them: “Do you use review channels? Where are you appearing at the moment?” They’ll say: “Yeah, we’re on Trustpilot”. And you’re like: “Okay cool. What are you doing with the feedback?” They go: “Err, don’t know”.

Review channels are not just a place for you to trick people into leaving you positives and then to trick people to buy stuff from you because you’ve got all these positive reviews. You need to actually look at the things that people are saying and then try to work out what you can do to fix it. There’s some things that are going to be harder to deal with than others; if somebody leaves a review for a hotel and says that it’s “looking a bit weathered”, the hotel can’t just refurbish overnight. But if someone comes in and says that the content on your website is a little bit misleading or there’s something missing, just get your content team to fix it. That’s a quick fix and you’d be surprised by how many negatives that can actually deter other people from leaving in future.

There really isn’t a massive secret here. The only thing I can do is pass on some wise words that someone once told me: “The easiest and most honest way to improve your review score is to action your feedback”.

Number four: have eyes everywhere. If you only focus on one channel, you’ll end up with a search result that looks a little bit like this. Also, note the irony of this being Feefo’s search results. Their stars are different on every single channel and not actually all that good either.

You need to be sharing the love and pushing people to all the different places that are important for you. A lot of businesses won’t have the resource to have a dedicated person on brand rep, let alone a team, but there are ways you can manage it. One of the things you can do is, in your review emails, keep switching where you’re pushing people to. So, every couple of months just change the destination, make sure that there’s fresh reviews going to every source and that each one is getting good reviews, but also a good amount of reviews.

Another way you can keep an eye on what people are saying about you is with Google Alerts. Setting up Google alerts on your brand mentions means that you’ll get a notification through every time someone mentions you in a comment, on a forum, in a news article or something like that. Then even if you don’t have the resource to action it, at least you know what people are saying about you and you can keep an eye on it. If there is something that you think could blow up or you think there’s a way you could actually help a customer before it blows up, then you can jump on earlier.

It also might reveal channels that you didn’t know that you needed to be on. We all kind of know about these sorts of channels where they’re kind of relevant to most brands, but there are a lot of industry specific channels as well that you need to be appearing on. By monitoring what people are saying about you and where, you start to understand where you need to be.

Number five: brag about positive feedback. There’s no point in getting loads of great reviews – especially via internal surveys – and then not telling anybody about it.

Now, I know these are subjective and these stats change on whatever website you look at them on, but the general consensus is, you’re more trusted as a brand, if you show your reviews – especially if they’re positive.

The thing for me is that they need to come from one of these trusted third parties. When we were auditing a website recently, I legitimately saw this. I’ve removed the review to kind of protect the website, but it was signed off “Mr. A, product X customer”. No one’s going to believe that. It’s not even a name. You’re asking for more questions from this by it seeming so false than you would if you didn’t even have it on there in the first place.

Imagine the credibility that’s now attached to a lot of these kind of websites. Trustpilot you regularly see on TV ads now as well. Think about these [TripAdvisor Certificate of Execellence]. Websites don’t even want to just showcase these as widgets on their sites now; hotel and restaurants frame these and put them up in their stores. As a customer, when I see them I feel like I’ve made a really good decision. Recently, I went to Marrakesh and I stayed in a riad that had this outside the door. I was like: “Yes, I’m so good. I picked such a good riad”.

How to manage your brand reputation