Starting on 9th July 2018, Google began to consider how fast a web page loads when calculating its ranking in mobile search results.

Site speed has been a ranking factor for desktop results since 2010. This new algorithm update reflects changing search habits on the modern mobile-centric web. The “Speed Update” will affect all businesses which gain traffic and revenue from organic mobile Google results.

In this post, you’ll learn about the background, purpose and impact of the Google Speed Update. I’ll also provide practical advice for making your website faster. Read on for quick wins for an immediate speed boost, and game-changing opportunities to transform your mobile experience.

The Speed Update, which enables page speed in mobile search ranking , is now rolling out for all users!

What is the Google speed algorithm update?

TL;DR: Beginning in July 2018, Google will consider the speed of a web page when determining its visibility in organic search results on mobile devices. It doesn’t matter which technologies you use to build your pages, so AMP does not bring an inherent advantage. Google may still serve a slow page if it is very relevant to the query – but, for the most competitive search terms, you’ll need to be fast to be first.

Google considers hundreds of factors when determining how a web page should rank in its organic search results. These factors are not public, and given Google’s machine learning capabilities, they may not even all be known. However, they can be broadly grouped into relevance, trust and performance:

Page speed has been amongst the performance metrics used to calculate Google rankings since 2010. However, until now Google has only factored speed into its desktop search results. Now, Google has confirmed page speed will also influence mobile rankings from July 2018.

Which search results will change after the Google Speed Update?

In their announcement, Google confirmed the revised mobile algorithm will penalise the slowest pages for some search queries:

Our interpretation of Google’s post is that relevance and trust will still trump performance factors for most rankings. For example, a slow page will still rank when it is an excellent match for a query, or when it appears on an authoritative website.

Conversely, we expect the Speed Update to have the greatest impact on the slowest pages for well-searched, competitive keywords. Here, many faster pages also target the same search intent. Ecommerce retailers, take note!

In a nutshell: when relevance and trust are equal, performance – and so speed – will determine the top-ranked results.

It is unusual for Google to provide advance warning of an algorithm update. This tells us two things: the impact of the Speed Update will be substantial, and Google want businesses to spring into action and address the issues which it concerns.

Why is Google making speed a mobile ranking factor?

How the mobile web has changed

The launch of the Apple iPhone in 2007 triggered a boom in smartphone usage and, consequently, steep growth in mobile web consumption. In the UK, the number of people accessing the web via mobile has increased from 36% in 2011 to 73% in 2017. In the US, about 6 out of 10 web searches originate from a mobile device.

Given these stats, you might think content creators would focus on delivering great mobile experiences. However, as smartphones have increased in processing power, content creators have targeted consumers with ever-more complex web pages, riddled with intrusive analytics. Since 2011, the size of an average mobile web page has bloated by 11 times to 1,561 kilobytes. This is equivalent to 700+ pages of text, or most of Harry Potter and the Order of the Phoenix. Meanwhile, the average number of HTTP requests (images, scripts, analytics, etc.) has grown from 17 to 77.

Furthermore, although devices have become faster, connections remain flaky. Although superfast 5G is on the horizon, Google estimates 70% of global web users will browse at no more than 3G speeds by 2020. Ofcom analysis shows only 63% of the UK population can access the web away from home at 2 Mbit/s (one-third of the average 3G speed across the UK).

The consequence of weighty pages and weak connections is loss of speed. According to Google, the average load time of a mobile web page is a disappointing 15 seconds.

Just as businesses need traffic from Google to thrive, Google needs business websites to maintain users’ trust in their search results. 53% of mobile users will bounce from a web page after just three seconds spent loading. Users who have a negative experience on mobile are 62% less likely to purchase from a business in the future. By directing mobile users to a slow web page, Google becomes guilty by association.

Therefore, the Google Speed Update is rewarding web pages which make the effort to deliver a fast experience on mobile devices.

While this algorithm change will benefit Google (naturally), they are being cruel to be kind. Slow websites have higher bounce rates and lower conversion rates. A memorable statistic from 2012 revealed a one-second increase in Amazon’s load time would result in a $1.6bn reduction in their annual revenue.

Is the Google Speed Update related to mobile-first indexing?

TL;DR: Mobile-first indexing is a change to how Google crawls your website to find and record its contents. It is not linked to the Speed Update. However, a well-designed mobile site is likely to find both changes beneficial to their organic traffic.

What is mobile-first indexing?

When you conduct a Google search, you are not actually searching the live web. Instead, you are searching static copies of everything Google has found the web and saved to its servers. This is called the ‘index’. Searching Google’s index is similar to using the index of an encyclopedia to go direct to a specific article, rather than flicking through each volume until you stumble upon the right page.

Ever since Google launched in 1998, they have built an index of the web as it appears on desktop computers. However, most people are now searching Google on mobile devices, looking for great mobile experiences. To reflect this change, Google is switching its index to reflect how websites appear on mobile instead of desktop. This affects all websites, no matter how they serve mobile users – for example, via responsive design or separate mobile pages.

When did it begin?

Mobile-first indexing is already underway for sites which Google considers ready to switch. Google is prioritising sites with a reasonable mobile experience which serve similar content to mobile and desktop users.

How can I measure the speed of my website?

There are many browser-based tools which grade the speed of your website. These tools test your page speed, identify bottlenecks, and diagnose technical faults. This information empowers you, your developer and your SEO partner to make your website faster.

Here are a few words from Matt Gaunt at Google I/O on how to increase your Google PageSpeed Insights scores for desktop and mobile:

After running your web pages through the tools listed above, it’s likely you’ll find optimisation opportunities ahead of the Google Speed Update. Here are common ways to make your website faster, ordered from easiest to hardest to implement:

Rather like Britain, web pages are in the midst of an obesity epidemic. The typical mobile web page – overladen with adverts and analytics – is nine-tenths of the size of a desktop web page, despite connections two-thirds slower than fixed-line broadband.

Google’s Speed Update is an algorithmic equivalent of the sugar tax. It is designed to penalise website owners whose lazy coding and excessive scripts are slowing down the mobile web. All of a sudden, Google have forced businesses to prioritise best practice improvements, no matter how much development resource they necessitate.

While it might seem like just another algorithmic inconvenience, the Google Speed Update is an opportunity to get ahead of your competitors. Invest today, and secure your mobile visibility for now and into the future.

If you’re worried about the impact the Speed Update could have on your business, then naturally RocketMill can help.

Our teams’ close collaboration delivers valuable insights and actionable recommendations. For example, our Data & Insight team can ensure Google Analytics is capturing the whole picture of your site performance. Then, our Technical SEO team will analyse this data to identify pages and templates where speed improvements are most likely to impact your bottom line. For more information, get in touch. 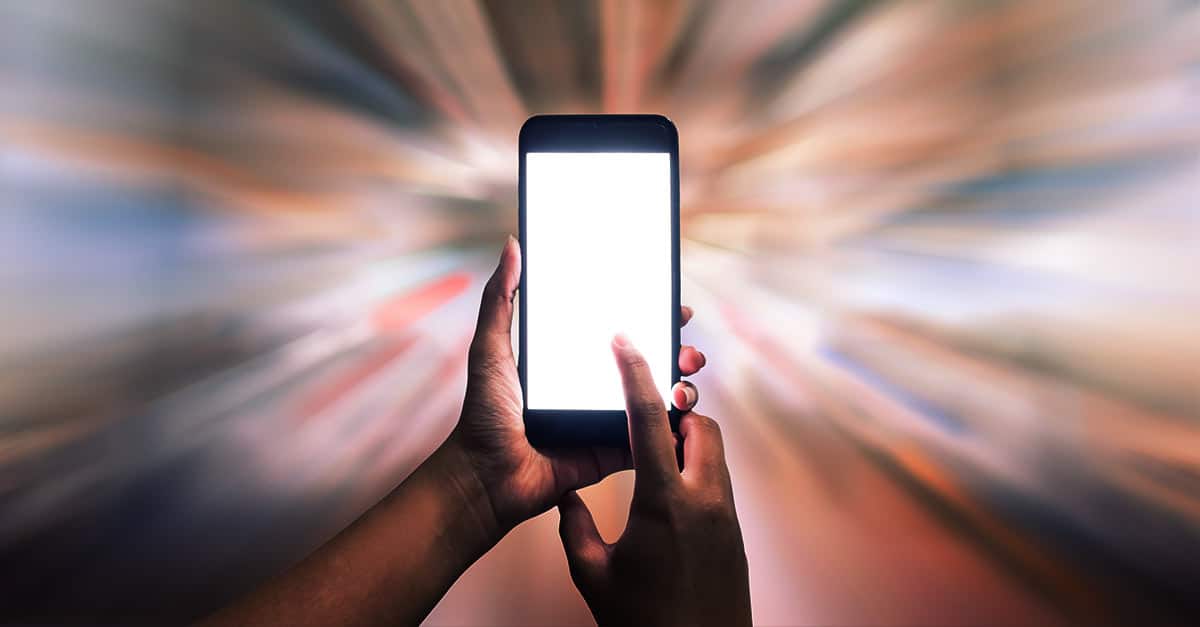